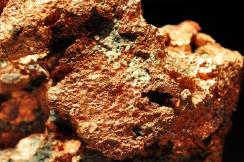 South African miner AngloGold Ashanti is seeking to achieve zero emissions at its US$1.4bn Quebradona underground copper mine in Colombia by 2050, as part of its circular mining policy.

“Perhaps we'll be able to have one of the zero-emission projects in the region with Quebradona,” the director of corporate affairs, environment and innovation at AngloGold Ashanti Colombia, Juan Camilo Quintero, said during a webinar.

Quebradona, located in Jericó, Antioquia department, will recycle more than 80% of the water it uses and the water it does use must be returned to the environment with greater purity than it is initially received.

As part of the zero-emissions policy, the company is already conducting pilot tests to use hydrogen-powered vehicles to transport production from the mine to the port, added Quintero during the webinar Challenges for circular and sustainable mining, organized by the company.

Quintero was optimistic about the interest that mining in Colombia can generate among investors, particularly for production of copper and rare earths. 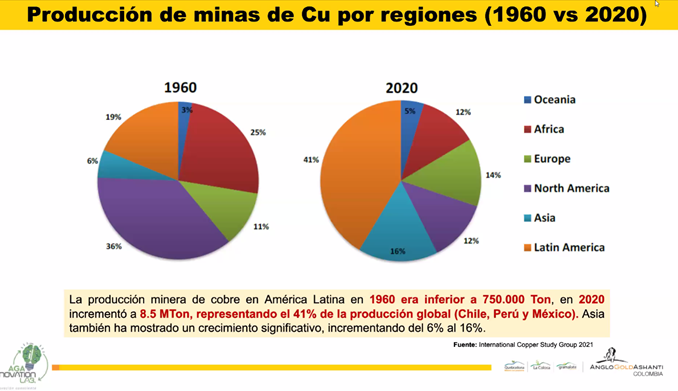 “The World Bank classified Colombia as one of the six countries with the greatest copper potential in the world and we're beginning to dream. We believe that we're also beginning to fit in with the new view of the incoming government to work on the exploration and exploitation of metals that contribute to the mitigation of climate change and for us to be part of the energy transition," he said.

With the growing use of alternative energies, it is expected that demand for copper will continue to grow and it will be necessary to find new mining projects.

According to Quintero, Latin America will play a key role in supplying the red metal, since in the last 60 years production from the region has risen from 19% of total global output to 41%.

The AngloGold Ashanti executive said that Latin America can deliver "green copper" to the world if the various producing countries work together and learns from the experience of other nations.

Colombia currently has a very low copper production, but there are around 10 potential projects, mainly in the western mountains of the country, which Quintero said could make a significant contribution to the world copper market and have an important role in the energy transition.

Quintero added that copper can also be invaluable to improve the country's public revenues, but he pointed out that mining activity in the country must first overcome various challenges, including ending informality in the sector, changing paradigms and reinforcing new social and environmental practices.

Outcrop Silver & Gold Corporation is pleased to announce the results of two additional core holes in the Las Maras shoot on its 100% owned Santa An...