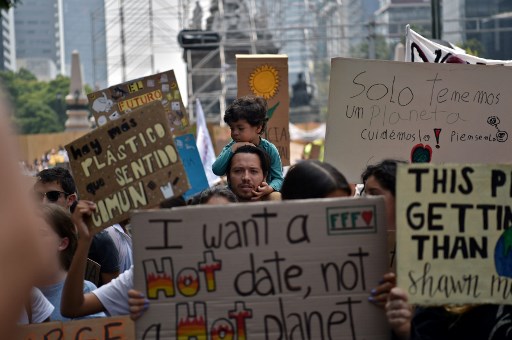 CEOs at the largest banks in Latin America and the Caribbean (LAC) are hailing the signing of a UN-led climate agreement committing 130 global banks that hold US$47tn in assets to what have been dubbed the UN's Principles for Responsible Banking (PRB).

The initiative, coordinated by the UN’s environment program (UNEP), is timed to coincide with the UN Secretary-General’s Climate Action Summit on Monday following worldwide protests last week calling for action to address the unfolding global calamity.

It also comes amid strong reservations from NGOs and environmental groups that the newly inked agreements lack teeth to end the most destructive climate practices.

“Aspirational initiatives for the banking industry such as these latest principles have a habit of cropping up every few years,” wrote Johan Frijns, founder of financial watchdog group Banktrack. “They also have a habit of not bringing about discernible positive change – either within the banking sector or, more widely, in society.”

The PRBs in the main agreement, signed Sunday, are aligned with the Paris Agreement on Climate Change and Sustainable Development Goals (SDGs) with signatories now having agreed to “massively scale up” their contribution to reaching the goals set out in those accords.

Signatories have committed to the following: aligning their portfolios “to reflect and finance the low-carbon, climate-resilient economy required to limit global warming to well-below 2, striving for 1.5 degrees Celsius”; “taking concrete action, within a year of joining, and use their products, services and client relationships to facilitate the economic transition required to achieve climate neutrality”; and “being publicly accountable for their climate impact and progress on these commitments.”

Implementation of the initiative includes several milestones through the 4-year mark, with a full reporting and self-assessment on the PRBs submitted publicly within 18 months of signature. While accountability measures are set to kick in at four years, it remains unclear whether any external actions could take place against those institutions not conforming to the PRBs.

In a separate event on Monday, 12 of the world’s largest institutional investors, framed as the Net-Zero Asset Owner Alliance, signed a similar agreement to “commit to transitioning their investment portfolios to net-zero greenhouse gas emissions by 2050, consistent with a maximum temperature rise of 1.5°C above pre-industrial temperatures.”

This group – founded in 2019 and representing US$12tn in assets – includes major insurance and reinsurance groups like Swiss Re, Zurich, Allianz, as well as other large investors including AMF, Folksam Group, Storebrand.

CEOs of signatories operating in LAC have lined up to express their support of the UNEP initiative, including strong words of commitment from Ana Botín at Santander, Carlos Torres Vila at BBVA, Jean-Laurent Bonnafé of BNP Paribas, Candido Bracher of Itaú Unibanco and Carlos Hank González of Banorte.

“The principles represent an important, collective step forward which will enable us to take further action on climate change and build a more sustainable and inclusive economy,” said Bonnafé.

While welcoming such words and the agreement on PRBs, many environmental and corporate watchdog groups are already raising criticism over the lengthy timelines and lax guidelines built into the agreements.

A joint civil society statement released by 22 global environmental and citizen groups cited reservations over the PRB agreement, noting the “considerable leeway to signatory banks as to what is expected of them, and by when.”

This, continued the letter, “risks turning this initiative into yet another greenwashing tool that masks the destruction of the planet and egregious human rights abuses that are currently being fueled by much of the banking sector, including a significant number of the new initiative's signatory banks.”

It adds, “In order to truly align business strategies with the SDGs and the Paris Climate Agreement, we firmly believe that all PRB signatory banks must commit to immediately end all financing for fossil fuel expansion and activities driving deforestation or peatland destruction.”

The statement concludes, “Despite our sincere reservations as expressed above, our organizations will closely follow the developments of the principles and welcome engagement with the PRB signatories in the spirit of PRB Principle 4 concerning stakeholder engagement.”

Tossing money on the fire

The question of deforestation hits home hard in LAC, as Frijns noted that many of the signatories have been participants in the most incendiary climate change news item this year – the fires in the Amazon rainforest.

In a post on the website for NGO OpenDemocracy, he pointed to an analysis earlier this year from Amazon Watch, which identified billions of dollars in loans made fairly recently to firms that have benefited from the Amazon destruction.

“Many fires were set in order to clear the rainforest for agribusiness,” wrote Frijns. “Banks such as Santander, Barclays, BNP Paribas, Citi, Crédit Agricole and ING, each of them Principles for Responsible Banking founding banks or signatories, have had significant involvement in this financing.”

The civil society statement noted that BNP Paribas, furthermore, was the largest French banker of all fossil fuels (2016-2018: US$51bn), despite progressive financing policies. It is also the largest French banker of top 30 coal power companies (2016-2018: US$1.5bn), and largest financier of commodity traders linked to Amazon deforestation, according to the statement.

The UN, nevertheless, takes a more positive tack on the banks’ agreement on PRBs, describing it as “a strong implementation framework that defines clear accountabilities and requires each bank to set, publish and work towards ambitious targets.”

"The banking and private sectors can benefit from the investment they put into backing this transition. It is estimated that addressing the SDGs could unlock USD 12 trillion in business savings and revenue annually and create 380 million more jobs by 2030," it said in the PRB statement.

The UN is also keen to sell the PRB initiative as a boon to investors who have much to gain with the rising shift in capital flows.

UNEP director Inger Andersen said in a statement, “When the financial system shifts its capital away from resource-hungry, brown investments to those that back nature as solution, everybody wins in the long-term.”

However, investors have their work cut out for them.

Christiana Figueres, credited as the architect of the Paris Agreement and head of the Mission 2020 global climate initiative, believes that “to transit to low-carbon and climate-resilient economies that support the goals of the Paris Agreement requires an additional investment of at least US$60tn from now until 2050.”

“As the banking sector provides over 90% of the financing in developing countries and over two thirds worldwide, the principles are a crucial step towards meeting the world’s sustainable development financing requirements,” added Figueres.

Pictured: People march along Reforma Avenue with signs during a protest in Mexico City on September 20, in the framework of the "Friday for the planet" global demonstration against climate change.

Michael Heydt, VP at rating agency DBRS Morningstar, talked with BNamericas about the economic scenario in Brazil after the January 8 disturbances.