Lobby group adds to chorus of criticism of Mexico's ‘electrolinazo’ 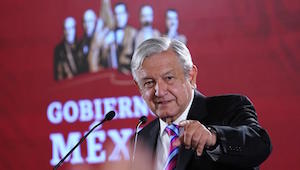 Mexican business confederation Concamin called for an end to federal utility CFE’s rate hikes, the latest in a series of maneuvers by the company and regulators dubbed the ‘electrolinazo’.

“The ‘electrolinazo’, by representing an increase in fees for transmission and distribution, is undeniably a way of increasing the final cost of energy consumption and, in the process, a violation of legal and contractual commitments,” Concamin said in a statement on Wednesday.

The statement went on to blame power regulator CRE, “which is mandated by law to act with independence and objectivity.”

The move comes in the wake of a May 28 decision by CRE to grant CFE discretion to increase rates on self-supply contracts awarded prior to Mexico’s landmark 2013-14 energy reform.

For its part, CFE has said the hikes were aimed at ending profiteering by private firms, which it said had cost the utility 22.8bn pesos (US$1.05bn) since 2017.

The self-generation rate hikes are the latest in a welter of moves initiated either by CRE, federal grid operator Cenace or the energy ministry targeting either self-supply generators or private wind and solar energy firms.

While renewables companies have countered by winning a slew of court orders to halt the implementation of the regulatory and policy decisions that would boost CFE’s role as the principal power generator in Mexico.

For reasons that remain unclear given reduced demand because of the COVID-19 crisis and low fuel prices, CFE has also begun charging consumers more for electricity. In April, consumer rates increased 4%.

“In a systematic way, CFE and authorities have criticized or tried to distort whatever model of electric contracting competes with CFE power generation plants,” the lobby group stated.

While denying that he seeks to nationalize the power market, President Andrés Manuel López Obrador has repeatedly called in recent months for CFE to lift its share of power generation from about 56% at present toward the goal of 70% by the end of his term in 2024.

At the North American Leaders Summit (NALS), the US, Mexico and Canada pledged to develop a North American clean hydrogen market, including potenti...

All 3 candidates to lead Mexican energy watchdog back govt policy

Want to read more information about Lobby group adds to chorus of criticism of Mexico's ‘electrolinazo’?