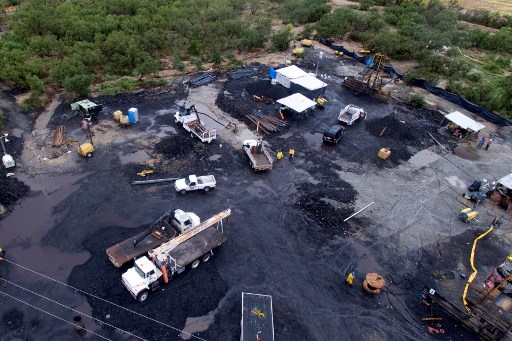 Coal is making a comeback in Mexico with generation from burning the polluting fuel up 18.3% year-on-year in the 10 months to June, according to the energy ministry (Sener).

The uptick follows state-owned utility CFE’s efforts since July 2020 to ramp up coal purchases at small- and mid-sized mines.

The program allows CFE to boost its total generation capacity via a non-intermittent source that relies on existing plant infrastructure and to reduce dependence on private solar or wind power.

Under President Andrés Manuel López Obrador, who took office in December 2018, Mexican energy policy has reversed course away from free market competition and expansion of private renewable projects towards hydrocarbons and dominance by CFE and federal oil company Pemex.

Sener uses the latest available data, that of June, in compiling its annual report to congress presented at the start of September each year.

The latest reading extrapolates to a 12-month reading of 13.415TWh – suggesting CFE is already outpacing its plans for coal generation released six months ago.

In the annual report, Sener said the share of coal generation in the national energy matrix increased to 9.34% in the nine months ending June from 8.62% a year earlier.

CFE contracts with mines in coal-rich state Coahuila have quadrupled in the last year, according to an August report in daily La Razón de México.

"The process was carried out in adherence with the five principles instructed by the president of the republic: zero corruption, zero coyotaje [adulteration], preference for small suppliers, honesty and fair prices," the paper quoted Cuevas as saying.

However, the report said, Minerales Don Chilo, owned by the family of the current mayor of Múzquiz, Tania Vanessa Flores Guerra, received four contracts for more than 1.25bn pesos.

These agreements were delivered while Flores Guerra was the ruling Morena party’s candidate for Múzquiz mayor in 2021, added the daily.

The ramp-up in coal production is also facing fresh scrutiny after an August 3 collapse at the El Pinabete coal mine (pictured) in Sabinas, Coahuila, where 10 miners were trapped when an inner wall collapsed, flooding the work area.

Efforts to reach the miners have been unsuccessful with water flooding the shafts on multiple occasions since the initial incident.

CFE has been criticized for signing a contract with El Pinabete, given knowledge that neighboring mines had been shut down due to an inability to control flooding.

And an investigation by Mexican online news outlet Animal Político showed the deed of the mine is in the name of a low-level employee, a technique used to avoid legal consequences for the real owners.

Analysts say that financial institutions are facing more pressure on sustainable investment, and the sectors where new ESG criteria are being appli...

Mexico will announce at COP27 the increase in its climate ambitions

Want to read more information about Making a comeback, coal generation up 18% in Mexico?