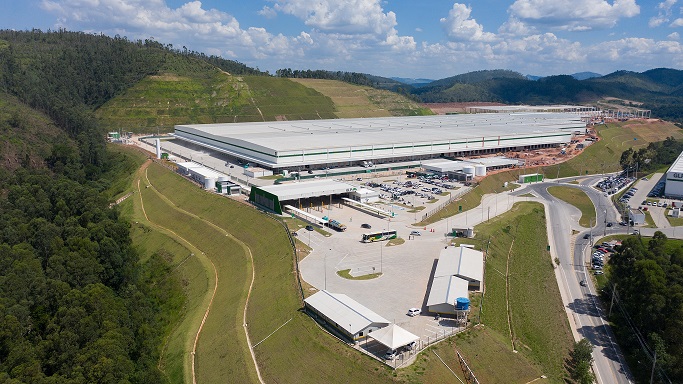 In a new sign that e-commerce competition is ratcheting up in Brazil, MercadoLibre, Latin America’s leading online retailer, announced five new logistics centers for the country.

The facilities will take MercadoLibre’s total in Brazil to seven.

The announcement, made in an online press conference on Wednesday, comes three days after Amazon opened three new distribution centers in Brazil, taking the US group’s total in the country to eight.

“We’ve been working on this plan for many months. The announcement of the past few days hasn't influenced that," said Fernando Yunes, senior VP and country lead for Brazil at MercadoLibre.

All the facilities are leased in the built-to-suit modality. Contract terms and investment figures were not disclosed.

The investment falls under MercadoLibre's 4bn reais (US$740mn) in capex earmarked for Brazil this year. The plan for 2021 is still being outlined, but Yunes said next year’s investments will be more than that.

Of MercadoLibre’s new centers, three will be in São Paulo state (two in Cajamar and one in Guarulhos), one in Santa Catarina (Governador Celso Ramos) and one in Minas Gerais (Extrema).

All except the Cajamar centers are expected to start operations in the first half of 2021.

Four of them will use the fulfillment modality, when the seller's inventory is fully managed by MercadoLibre: storage, separation, packaging and shipping to the customer.

“The seller basically outsources his logistics operation to us, at a storage and distribution center,” said Leandro Bassoi, logistics chief of MercadoLibre.

A fifth center, the one in Guarulhos, will be used for cross-docking, which is a warehouse where MercadoLibre only collects orders, prepared by the sellers themselves, and delivers them to the buyers.

The new facilities have 340,000m2 in floorspace, doubling the company’s storage and processing capacity in Brazil. “This [area] is four times what was announced by the competition,” said Yunes.

According to Amazon, its three new centers total 75,000m2 in floor space.

MercadoLibre’s new sites are also part of a plan to boost deliveries within two days.

Currently, the company claims that, using the fulfillment modality, the 48-hour delivery service reaches 1,800 Brazilian municipalities, where 80% of the country's population live. One-day delivery would be available to 70% of the population.

The two new centers in Cajamar will have 75,000m2 and 112,000m2 of floorspace, respectively. The smaller one started operations this week.

The center in Extrema will have 75,000m2, while the one in Governador Celso Ramos will have 32,000m2, with potential to expand to up to 71,000m2. Before inaugurating the latter, MercadoLibre plans to open a temporary operations center in January, in the same city, to meet demand in southern Brazil.

Finally, the cross-docking site in Guarulhos will have 50,000m2 and MercadoLibre wants to take advantage of its proximity to São Paulo international airport, South America’s busiest, to reduce delivery times.

The company has recently announced the use of four airplanes to speed up its shipping and new planes should be added to the fleet throughout next year, said Bassoi, adding that MercadoLibre is also beginning to invest more in AI, robotization and automation inside its warehouses.

According to Bassoi, MercadoLibre’s logistics network in Brazil will comprise, by the end of 2021, seven fulfillment centers and 17 cross-docking centers, totaling 610,000m2 in storage space.

Currently, the company uses 600 trucks and 10,000 vans for last-mile shipping.

On interest in the privatization of Brazil’s state-run postal service Correios, Bassoi said the company continues to monitor the discussions.

“We remain attentive to the whole discussion. We’re talking and supporting the government's conversations in order to help in this process. We engage all the parties involved because we’re the biggest customer of Correios. Whoever the buyer is, it will have to maintain a dialogue with us.”

Brazil plans to privatize the company by the end of 2021.