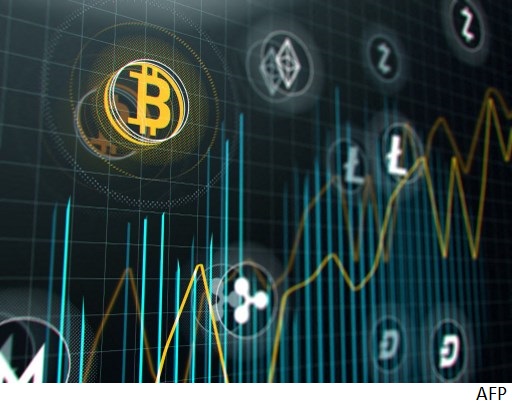 After venturing into payments and credit, Latin American e-commerce powerhouse MercadoLibre has decided to jump on the bumpy cryptocurrency bandwagon with the launch, in Brazil, of its first digital coin.

Dubbed Mercado Coin, the blockchain-based cryptocurrency was developed in partnership with Argentine fintech and crypto specialist Ripio, which will be the custodian and the exchange behind the cryptocurrency's operations carried out via MercadoLibre's ecosystem.

Initially, Mercado Coin will be available as part of a loyalty program and for selected users of MercadoLibre's platform in Brazil, with a gradual roll-out expected for other Latin American markets where the group operates, Fernando Yunes, senior VP of MercadoLibre in Brazil, said in a press conference.

According to Yunes, however, there is no definitive timetable and future launches will largely depend on the evolution of the ecosystem and the pace of adoption of Mercado Coin in Brazil.

The overall user of MercadoLibre – or Mercado Livre, in its Brazilian version – will be able to receive Mercado Coin as cashback when purchasing selected products on the platform. The cryptocurrency does not expire and is cumulative.

The strategy demonstrates MercadoLibre's intention to leverage the currency through loyalty and discounts. The company has 84mn active users and a global sales volume of over US$20bn a year.

In addition to the cashback for general users, users of the MercadoPago digital wallet and payments app will be able to buy and sell the cryptocurrency.

“It is not a ‘stablecoin’. It's a new payment method at MercadoLibre. Its generation source is its own usage,” Yunes told journalists.

The project took 18 months of development and engaged different professionals and teams within the company, said Priscilla Faro, legal director at MercadoLibre in Brazil for fintechs and regulatory affairs.

According to Faro, the lack of specific regulation for cryptocurrencies in the country – a framework being discussed in congress – is not a problem, as several other financial-related rules, norms and regulations would apply to the initiative.

She said, however, that MercadoLibre did present the Mercado Coin project to central bank authorities beforehand.

Mercado Coin was developed based on Ethereum's ERC-20 protocol, a blockchain standard that monitors all transactions to follow security protocols.

“The blockchain technology behind Mercado Coin allowed us to develop an open and extremely secure solution. We continue to follow the evolution of cryptoassets and blockchain technology, as we believe in the potential of these tools to simplify operations, connect and promote the financial development of people,” said Guilherme Cohn, senior manager of corporate development at MercadoLibre.

The company does not intend to list the coin on any cryptoexchange in the market at this time.

For now, Mercado Coin will only be used for transactions within the MercadoLibre ecosystem. And only for buyers. Nothing changes for sellers, who will continue to receive the value of the sale in equivalent currency, said Yunes.

In the future, however, the goal is that the currency be used for purchases outside MercadoLibre, through the MercadoPago digital wallet, which is already accepted in several brick-and-mortar retail establishments.

“We are looking at the long term, we are not thinking about the short-term fluctuations of this market. Looking ahead, we can't imagine everything that it will be possible to do. But for a cutting-edge and innovative company, it makes sense to enter and participate in this crypto ecosystem because so many possibilities will open up,” said Yunes, when questioned about market oscillations and recent woes afflicting certain cryptocurrencies.

Before the launch of Mercado Coin, the platform had been betting on other initiatives related to blockchain and the cryptocurrency environment in recent years.

MercadoLibre itself took positions worth US$30mn in crypto. It also launched a website in Argentina that includes real estate publications whose sellers accept cryptocurrencies to carry out a transaction.

On another front, it invested in two companies in the sector, Paxos and Mercado Bitcoin, to promote the development and use of crypto and blockchain technology throughout the region. However, neither of the two was part of the Mercado Coin project, the executives said.

Furthermore, since December 2021 MercadoLibre offers the possibility of payments in cryptocurrencies Bitcoin, Ethereum and USDT. MercadoLibre's own crypto comes, therefore, as a fourth option.

According to Cohn, around 2mn users trade with cryptocurrencies within Mercado Pago.

Investment figures were not disclosed for the project. Previously, MercadoLibre announced investments of 17bn reais (US$3.41bn) for Brazil this year.