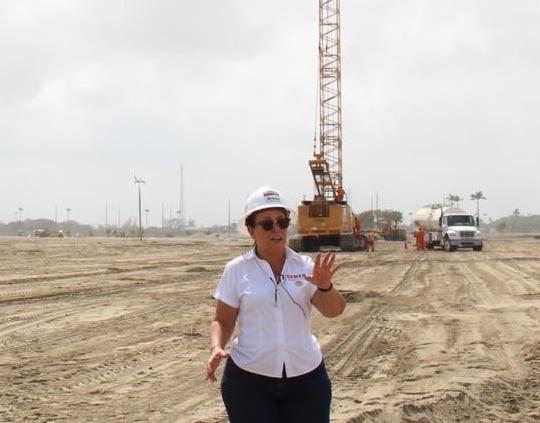 Questions are mounting over the ability of Mexican President Andrés Manuel López Obrador (AMLO) to be more flexible on energy policy, as the peso reached new lows Thursday with plunging oil prices and the coronavirus pandemic.

Despite the drops in the peso and falling oil prices that threaten to starve Mexico of much-needed export revenues, energy minister Rocío Nahle has doubled down on the controversial Dos Bocas refinery project.

As the private O&G industry holds out hope that AMLO will eventually restart farmout energy rounds, the administration has at least shown some flexibility with Nahle stating via Twitter on Thursday that Pemex was open to reducing oil output as an international response.

“All the producing countries at the last meeting of the OPEC-Non OPEC group expressed their willingness to adjust a percentage to avoid overproduction,” she wrote.

However, with a major public-private energy infrastructure investment rollout expected in the coming days, the private sector is looking for a broader change of heart.

Mark Keller, the lead analyst for Mexico, Venezuela, Cuba and Suriname on The Economist Intelligence Unit's (EIU) Latin America team, questioned whether any amount of duress on the industry could break AMLO on this point.

“Can AMLO be forced to do anything?” he asked “The real turnaround for Pemex would be to allow private sector participation and let it stop doing less profitable activities, but AMLO truly sees Pemex as the economy's growth engine like it was in the 70s,” Keller told BNamericas.

“I think the current climate might force him to stop some things that are making it worse – like perhaps delaying or canceling the [Dos Bocas] refinery project in Tabasco – but I think it will take much more convincing for him to abandon his hostility to the energy reform.”

A signal that the government is stepping back on Dos Bocas would likely be viewed as a positive step by much of the local investment community.

Nahle, nevertheless, is stressing the need, now more than ever, to focus on boosting Mexico’s refining capacity as a means to generate revenue when there is an oil glut in the market.

“At a time when oil prices are so low, such as today, the most convenient and the best business is to refine," said the minister, who announced that this year 2bn pesos (US$92mn) will be earmarked for each of the six refineries in the country,” Nahle said Thursday evening in an interview with El Financiero TV.

"The president, [speaking to] the entire team, ordered us to speed up the refinery work,” she added.

The situation for the sovereign, for Pemex and for the peso, however, continue to deteriorate.

The peso briefly traded at 22.72 to the US dollar early on Thursday, the lowest level ever seen since the post-crisis “new peso” was introduced in early 1996, reflecting a drop of more than 18% in value since trading at 18.55:1 in February, amid extended oil price volatility and fresh signs that the Covid-19 pandemic will have serious economic impacts.

By midday, the peso had strengthened to 21.9:1, a level that would still have been shocking only last week, before the breakdown in oil price discussions between Russia and Saudi Arabia.

Keller said the EIU has already cut its 2020 GDP growth forecast for Mexico to 0.6% from 0.9%, and sees Pemex now facing almost certain downgrades and the already heavily indebted NOC having a much more difficult time issuing bonds, as the sovereign also looks to be challenged.

“In the current environment of weak oil prices Pemex will face challenges in issuing debt. Yields on Pemex bonds surged after the oil collapse on Monday, which insinuates any new issuance will carry much higher rates. This adds to the company's woes,” Keller told BNamericas.

“The fragile state of Pemex and the risk that it is downgraded (which we assume will happen) means the government will be wary of taking on much more debt and risking further peso depreciation,” he said.

“As such the government is likely to cut spending to match lower revenue and much of this could come from capital spending,” Keller said.

In fact, deputy finance minister Gabriel Yorio said Wednesday that the government would announce any necessary cuts in April.

With respect to ratings downgrades, Keller added, “We are expecting another ratings downgrade for Pemex to junk status which would lead to a sell-off of Pemex debt, since institutional investors are not permitted to hold debt rated at junk.”

He said the EIU further assumes the sovereign would absorb some of Pemex’s liabilities, “and given how closely Pemex and the state are tied you’d likely see a downgrade for Mexico as well.”

The looming prospect of spending cuts also bodes ill for the multi-billion dollar rollout of more than a hundred energy infrastructure projects, and Nahle said a major announcement on this would come next week and not during the president’s keynote address at the ABM banking convention in Acapulco on Friday, as had been hoped.

“There’s a lack of confidence in AMLO’s policies and our forecasts already expected a second year of declining investment this year, albeit less sharply than last year.”

“The coronavirus scare obviously isn’t going to help things. The government will likely go ahead with the announced infrastructure plan, which I believe they also made last year (with lots of private sector participation),” he said. “But the question is ‘How soon these can get off the ground?’ And while the business community has [publicly expressed its eagerness] since the start, in practice they have not backed that up with investment.”