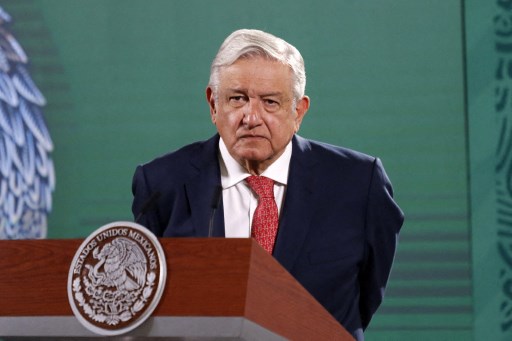 The mixed results from Mexico’s midterm elections will require President Andrés Manuel López Obrador (AMLO) to recalibrate his strategy as he is facing a recall referendum that could eject him from office in 2022.

“AMLO was hoping that he would do very well in this election, so that he would have a strong platform for 2022,” Duncan Wood, senior advisor to the Wilson Center’s Mexico Institute, told BNamericas.

Before the election, AMLO hinted several times that he would like to pare back or do away with national elections authority INE after multiple clashes with the body.

“The other option was that he was going to undermine or take control of the electoral authorities in Mexico so that perhaps he might be able to construct a referendum process that benefits him even more,” Wood said.

But now, “he’s going to have to re-think those things.”

The June 6 election seated all 500 lower house lawmakers, governors in 15 of 32 states and local governments in hundreds of municipalities.

While the results are still in the confirmation process, preliminary counts indicate losses for AMLO’s Morena party in the lower house that would prevent it from reaching the two-thirds majority that is necessary for constitutional changes, even with allied parties.

The losses also complicate efforts to revamp or eliminate INE or the supreme electoral court.

Morena will even depend on the Labor Party (PT) and the Green Party (PVEM) to pass legislation requiring a simple majority.

Next year’s referendum, likely to take place in March or June, was planned by AMLO to enable voters to boot an unpopular leader half-way through the term.

Despite the recent losses, AMLO has good chances to pass the test.

An exit poll by local news outlet El Financiero showed that if the referendum had been held on Sunday, 49% of voters would have backed AMLO compared to 46% saying they would have voted against him.

The result gains more weight considering that the last two months were marked by the pandemic crisis and the collapse of a metro overpass in Mexico City, killing 26 on May 3.

The crash could have contributed to lower support in the capital, governed by AMLO ally Claudia Sheinbaum, who’s also likely to run as his successor in 2024.

Yet, while “the picture from the [lower house] is not great. [Morena] did extremely well in the governorships,” Wood said.

The number of states ruled by members of the party or its allies will jump from six to at least 16 and “as many as 18,” depending on close races still being certified.

“That’s a remarkable transformation,” said Wood, “[Morena and allies are] in a very strong position.”

This situation “will greatly help AMLO, both in the referendum and in the 2024 presidential election, either for himself or his successor,” Wood said, even suggesting AMLO may not step down in 2024. AMLO has repeatedly said he will do so, though.

The constitution forbids two consecutive presidential terms, but Wood suggested AMLO may create a path to re-election or to at least extend his term until he says his job is done.

In such a scenario, the first step is winning the referendum and deploy a political argument that a victory represents a new mandate, allowing him to call another referendum in three years – which he could claim supersedes the constitution.

This scenario remains hypothetical, though. What’s certain is that next year’s referendum will play to the power of states rather than congress.