Mexico M&A activity on course for a rebound in 2021 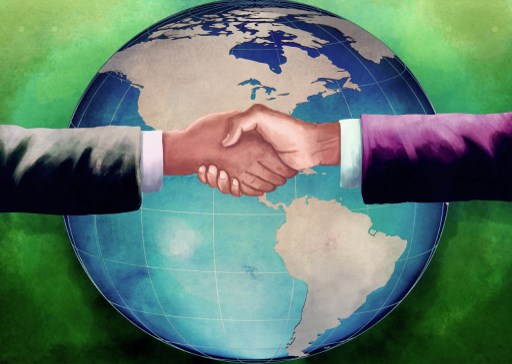 M&A activity in Mexico has taken a hit from the coronavirus pandemic, with reported deal value in the first 11 months of the year down 26.4% year-on-year, according to research firm Transactional Track Record (TTR).

TTR reported that 252 M&A, private equity, venture capital and asset acquisition transactions took place between January and November 2011, 10.6% fewer than in the same 11 months of 2019, while reported deal value dropped to US$13.0bn from US$16.5bn in the same period.

However, activity is already showing signs of a rebound, with investors snapping up opportunities emerging from the pandemic, according to Carlos del Río and Humberto Botti, partners at Mexican law firm Creel, García-Cuéllar, Aiza y Enríquez.

After a soft Q2 and Q3 in 2020, “We are seeing a significant increase in deal flow towards this end of year,” the partners were quoted as saying by TTR.

Del Río and Botti said, “We are seeing a significant amount of restructuring activity as well as transactions resulting in companies partnering up in order to complement service offerings, reduce and share capex burdens and synthetically integrate production chains.”

Although the M&A market is showing signs of new life, many deals remain in the development stage and TTR recorded only 12 transactions in Mexico in November with a reported deal value of US$1.70bn, compared with 27 deals and US$4.16bn in November 2019.

Though, the two added that activity at their M&A and private equity practices has held steady in COVID-resilient industries such as Fintech, SAAS and e-commerce.

Looking ahead, “We expect to see a steady amount of workflow for 1Q 2021 that will piggyback on this strong finish to 2020,” they said.

Mexico’s June 2021 mid-term elections are a factor of uncertainty, they added, “depending on the results of the mid-term, investors could double down on Mexico or become more gun-shy.”

Looking at outbound deals in the first 11 months of 2020, Mexican companies mainly targeted investments to the US, with 16 operations, followed by Spain, with 10 operations. By amount, Spain is the standout, with US$1.04bn in outbound transactions.

With respect to inbound transactions, US and Canadian firms were the most active in targeting Mexican assets, carrying out 62 and 12 operations, respectively, between January and November.

From January to November 2020, TTR recorded 12 private equity operations in Mexico with a reported combined value of US$1.00bn, a 45.5% decrease in the number of equity deals and a 60.6% drop in capital moved compared with the same period of 2019.

Del Río and Botti said that despite the economic and political impacts of the COVID-19 crisis, they continue to see PE and VC investors with an appetite “for country risk and continuously evaluate a large breadth of potential transactions of several different sizes in Mexico.”

The lawyers added that bid/ask spreads in valuation continue to be a hurdle due to continuing pressure on margins and FX volatility, particularly from the PE sponsor perspective.

“We believe the VC sponsors have a higher risk tolerance given that the ticket [sizes] at which they invest are usually substantially smaller and thus, have been much more active in closing transactions,” Del Río and Botti.

In the asset acquisitions segment, there have been 51 operations over the first 11 months of 2020, involving a total of US$1.94bn. This was a 32.9% year-on-year decrease in the number of deals and a 58.9% drop in reported capital, according to TTR.

In a year in which the specter of a global recession continues to threaten business, the main economies of Latin America, with a few exceptions, pr...

Want to read more information about Mexico M&A activity on course for a rebound in 2021?