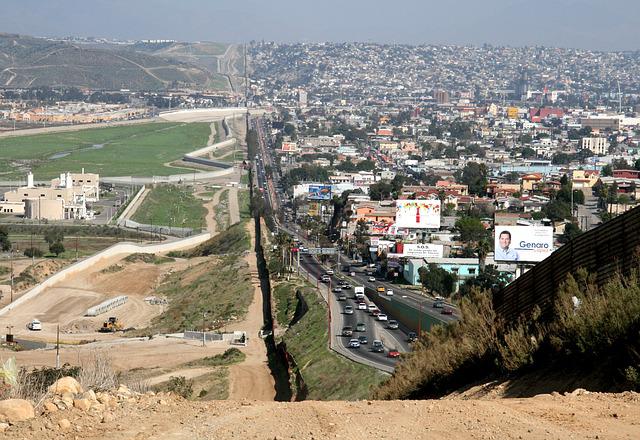 Authorities continue to update the portfolio for US-Mexico border infrastructure, while a key financing institution in the area vowed to keep focusing on green projects.

BNamericas takes a look at the most relevant recent border infrastructure events.

The North American development bank (NADB) will focus financing this year on expanding green projects along the US-Mexico border, CEO Calixto Mateos-Hanel told daily Milenio in the wake of a banking convention in Acapulco.

“Currently, we are working on expanding projects. We have one that we are working on throughout the water part, both in Laredo [Tamaulipas state] and in Tijuana [Baja California state], as well as in Ciudad Juárez [Chihuahua state],” he said. He also mentioned a sustainable hospital project for migrants and workers in San Luis Río Colorado in Baja California.

Asked about the possibility of expanding project financing to other areas, the CEO said the bank’s focus will remain on green projects.

“Our market is very well defined by the treaty and in that we have been operating. There is still a very strong reason for us to be there,” Mateos-Hanel said.

According to the CEO, in all financing applications, the bank must ensure projects have a positive environmental impact analysis and objective. Afterward, the institution supervises that all construction and operations follow those guidelines.

Most recently, NADB was chosen to manage the resources for the new 4.3bn-peso (US$214mn) Otay Mesa II port of entry between Tijuana and San Diego, which both countries plan to start operating by 2024.

On Wednesday, the head of Mexico’s foreign ministry’s Northern American unit, Roberto Velasco, met with a US delegation to exchange “priorities to advance the coordinated work to modernize border infrastructure,” the ministry said in a statement.

"We analyzed binational border infrastructure and supply chain projects with great transformative potential for the region's economy, which are part of the objectives of the High-Level Economic Dialogue," Velasco said on Twitter.

While details about the plans were not unveiled, the meeting follows several others in which authorities from both sides have addressed the need for a comprehensive border infrastructure portfolio.

For example, Mexico’s infrastructure, communications and transportation ministry (SICT), and the foreign and finance ministries signed an agreement with California on June 28 to coordinate building several border crossings.

And in mid-February, President Andrés Manuel López Obrador traveled to the northern border, along with the parties involved, to update progress on at least three major works.