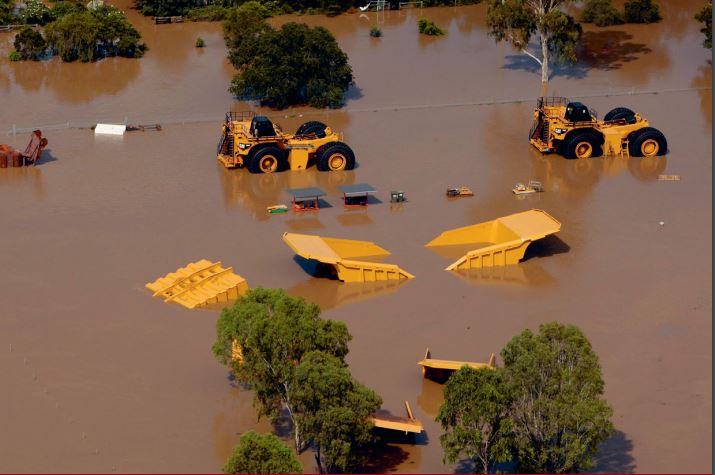 Increasing production while reducing carbon emissions is one of the key challenges for mining companies today, but one that is essential for world climate change goals to be achieved.

“We recognize that mining is one of the most difficult sectors to decarbonize, but it will also provide the minerals and metals needed to transition to a low-carbon economy. Therefore, there must be a compromise between obtaining the necessary minerals and guaranteeing decarbonization,” Mark Jeavons, head of sustainability and senior economist at British consulting firm CRU, told BNamericas.

The energy transition is clearly necessary to reduce carbon dioxide emissions produced through burning fossil fuels, and output of minerals such as cobalt, lithium, nickel and copper will have to be increased six-fold to achieve that by enabling the production, storage and use of cleaner energy sources, according to a report by Publish What You Pay (PWYP), a coalition of civil societies organizations advocating financial transparency in the extractive industry.

It is indisputable that the mining industry is vital to reducing the world's reliance on fossil fuels. “The industry realizes that leading by example in decarbonizing and reducing environmental impact is critical to industry confidence,” said Trevor Hart, Global Mining Leader at KPMG, in a statement.

KPMG's latest report, "Sustainability on the Horizon: Prospects for a Net Zero Future for Mining and Metals Companies", surveyed 322 global mining executives, more than half of whom work at companies with annual revenues of more than US$10bn.

KPMG's report finds that the biggest challenges for mining to comply with ESG standards and achieve its net zero targets are the difficulty in measuring progress and the lack of resources to carry it out.

Investing in new technologies to help companies reach net zero is promising, but 58% of the executives the firm surveyed admit they have a long way to go using these technologies or their companies have not even started planning for the future.

Many of the key decarbonization technologies, such as renewable energies, hydrogen as fuel and others, are extremely capital-intensive.

"By 2030, about US$160bn to US$340bn, and a lot more beyond, are going to be needed to achieve reductions [in carbon emissions]," said Lize Wan, sustainability analyst at CRU during a webinar to discuss some of the main courses of action brought up at the recent COP27 conference in Egypt.

The center of discussion at COP27 was climate mitigation, but "precisely the most notable flaw is in the little progress in reducing emissions worldwide and also there's little progress on detailing how Nationally Determined Contributions [NDCs] are already being implemented,” said Charlie Durant, research manager at CRU.

The NDCs embody efforts by each country to reduce national emissions and require each party to prepare domestic mitigation measures, communicate their scope and maintain nationally successive contributions.

With these actions it can be determined whether the world is reaching the targets set to cut greenhouse gas emissions. It was repeated once again during COP27 that carbon neutrality must be achieved before the world moves into the second half of the century to prevent global average temperatures from rising more than 1.5ºC, which is considered likely to trigger irreversible tipping points in the planet's climate systems.

Another topic of keen debate at the conference was the necessary multilateral cooperation to achieve decarbonization goals. Some 198 nations agreed to a long-awaited "loss and damage" fund for the poorest countries battling extreme weather, which has been exacerbated by decades of industrial pollution from developed countries.

The top 10 CO2 emitters in the world are China, the US, India, Russia, Indonesia, Japan, Brazil, Germany, South Korea and Iran, which together account for 62% of global carbon emissions, as well as 49% of global emissions of methane, a considerably more potent greenhouse gas, according to a report on the net zero transition published by McKinsey earlier this year.

Copper Mark sustainability initiative to start pilot for other metals

A pilot to apply the initiative's sustainability criteria to molybdenum, nickel and zinc operations will start in November.

Want to read more information about Mining at a crossroads after COP27?