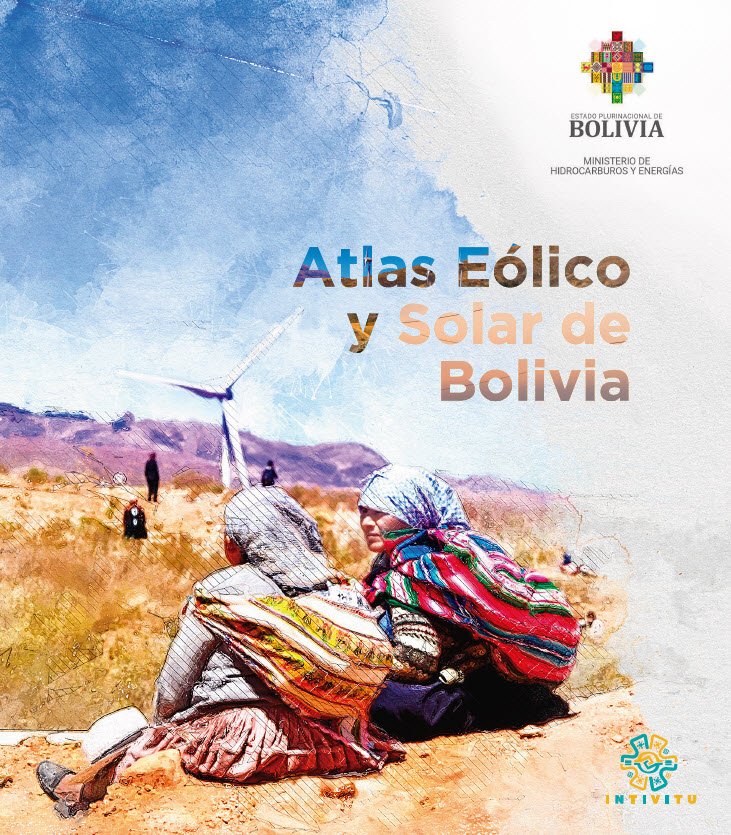 UCOM-MHE-08-18-2022.- The national government presented this Thursday the Wind and Solar Atlas of Bolivia and the digital application (app) INTiVITU, which show the country's potential to generate electricity, taking advantage of the wind and solar resource that we have in Bolivia, and that help to plan electricity generation projects with the use of these renewable resources.

"This atlas and the application will allow us to plan and prepare, not only the national government, but also in the different regions, renewable energy projects," said the Minister of Hydrocarbons and Energy, Franklin Molina Ortiz.

The authority recalled that last year, the Executive approved Supreme Decree No. 4477 on Distributed Generation, which makes the incorporation of renewable sources viable for domestic consumption.

"This would have a positive impact on the consumption of electrical energy and would help increase the incorporation of clean energy into our national energy matrix," said the minister.

The atlas is useful for the planning and evaluation of projects that allow the use of the sun and the wind to generate electrical energy. It was prepared based on a study by the company AWS Truepower SL (Underwriters Laboratories, UL) for the Deutsche Gesellschaft für Internationale Zusammenarbeit (GIZ) GmbH, within the framework of the Renewable Energy and Energy Efficiency Program (PEERR II) and in coordination with the Ministry of Hydrocarbons and Energy of the Plurinational State of Bolivia.

For the elaboration of the temperature maps, enough observational information was taken from various reference sites to adjust the GSIP data, averaged to the expected long-term monthly values.

On the other hand, the scope of the wind maps includes the verification, analysis and long-term correlation of meteorological towers distributed throughout Bolivia, used to adjust the output of the atmospheric model. The meteorological data have been filtered and processed to obtain equivalent values in valid measurement points of the mean annual wind speed at a set of common heights of 40, 60, 80, 100, 120 and 140 m above ground level.

While INTiVITU has been created with the objective of visualizing the potential of both renewable sources through the geolocation of maps and online reports.

It also makes it possible to navigate through interactive maps that will provide this information to download it in reports according to the location of the device, of a certain region or simply by entering coordinates for greater precision in the location.

In turn, the coordinator of the GIZ Bolivia Renewable Energy Program, Michael Mechlinski, highlighted that the registration and the app are the product of a joint effort between the Vice Ministry of Electricity and Alternative Energies, the National Electricity Company (ENDE) and the GIZ .

For his part, the German ambassador to Bolivia, José Schulz, said that his government congratulates the Plurinational State of Bolivia, through its Ministry of Hydrocarbons and Energy, for its efforts in the energy transition through clean technologies.

"The German government (...) congratulates Bolivia for its excellent and ambitious goals in the energy sector as a sign of commitment in the fight against climate change and the protection of Mother Earth," he said.

The INTiVITU app is available for users of iOS and Android operating systems in the AppStore and Play Store, respectively.

Electricity coverage will reach 94.6% of Bolivian homes until next December

Electricity coverage will reach 94.6% of the country's homes until next December

Increase in electricity consumption and reduction in gas demand shows that Bolivia is making progress in transformi...

Until 2025, Bolivia plans to cover at least 70% of the internal demand for electricity with renewable sources

Other companies in: Electric Power (Bolivia)