No let-up in Chinese drilling in Peru 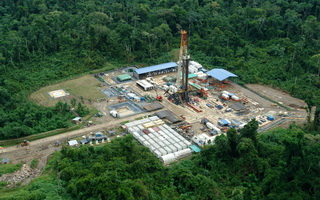 Latest figures from Peru reveal that Chinese National Petroleum (CNPC) is far from losing its spot as the South American country’s top driller in terms of well count.

CNPC, which accounted for roughly 60% of wells spud in 2019, led completions in January (see table below), according to information from hydrocarbons licensing authority Perupetro.

The Chinese group’s wells were spud at northern onshore block X, which is Peru’s principal crude producer, averaging 14,860b/d this year through February 23 or around a quarter of total output.

In a new development, the environmental certification service for sustainable investments (Senace) approved a supporting technical report (ITS) submitted by CNPC to modify the location and depth of 59 block X development wells, 31 of which are expected to be drilled this year.

The company filed the ITS after updating the development model following results from further geological and reservoir studies, among other work. The estimated cost of each well is US$580,000.

An ITS is used when modifications to a project with environmental approval are not expected to cause a significant environmental impact.

CNPC’s other holdings in Peru include southern jungle block 58 which is in the exploration phase.

Senace also approved an update to PetroTal’s environmental impact study for 2D seismic and exploratory well drilling at northern jungle block 95, which is Peru’s second most important oil producer with 9,428b/d this year through February 23.

PetroTal said previously that its 2020 capital program includes an environmental seismic permit for the Envidia prospect at block 95.

Petroperú personnel and contractors plugged the oil leaks generated by intentional damage to the tube carried out by third parties.

A review of hydrocarbon and power sector bidding developments.

Want to read more information about No let-up in Chinese drilling in Peru?