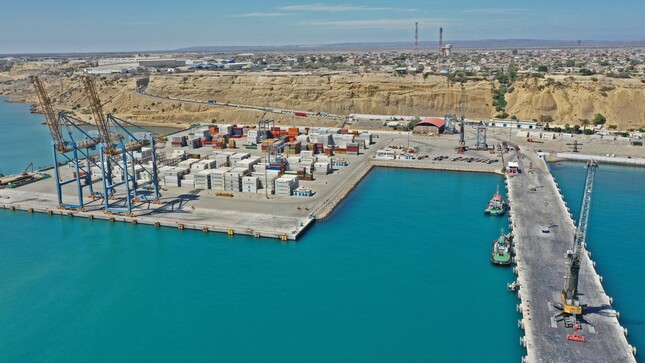 This is a machine translation of the MTC release originally published in Spanish.

A total of 145 vessels from different international destinations have been received at Marginal Dock of the Paita Port Terminal in Piura region since modernization works were completed last March until today. This implies a 25% increase in arrivals compared to the same period of the previous year, when 115 ships arrived.

This space was expanded by 60 meters to be able to receive ships of up to 359 meters in length, such as those that transit through the Panama Canal. Until recently, the Marginal Pier could only receive vessels up to 294 meters in length.

Paita is one of the most important ports in Peru and its modernization, which is part of the Government's port improvement policy, contributes to the reactivation of the economy in the north of the country.

This work favors the export of agricultural products to new markets, increases the efficiency of the maritime facility and stimulates cabotage activities, which seeks to promote maritime transport between the country's ports. In short, it is a work that will boost the Peruvian economy to improve the quality of life of its citizens.

Bananas, mangoes, giant squid, grapes, blueberries and other products from Piura and the north of the country may be transported to new destinations in vessels with a capacity of up to 12,000 TEUs.

In the expansion works, US$ 9.8 million were invested not including VAT. The execution of the work was the responsibility of Terminales Portuarios Euroandinos SA

Firms from the Asian giant have invested more than US$16bn in mining since 2009, when the two countries signed a free trade agreement.

China signs up to US$100mn donation to Cuba

Want to read more information about Number of ships received at Paita Port Terminal increased 25% after its expansion?