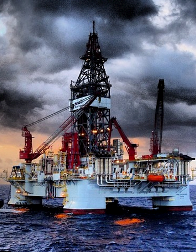 Brazil firm Ocyan has signed a 730-day operation contract with PRIO (formerly PetroRio) to operate the West Capricorn rig, which is one of the oil company's assets.

In October, BNamericas reported that the contract could be signed after a deal was inked to reactivate the rig – which would be done as soon as the equipment arrives in Brazil from Trinidad and Tobago.

"The contract is an important milestone because it shows recognition of Ocyan's technical capacity in the market, which is generating business in the area of operation of third-party assets. It also reinforces our company's strategic position with independent operators in the drilling area, especially in the domestic market,” Ocyan’s drilling executive VP, Heitor Gioppo, told BNamericas.

Activities are expected to start in August 2023. For the execution of the contract, 160 jobs are planned for Ocyan staff, all in offshore positions.

The West Capricorn was built in 2011 and is a sixth-generation semi-submersible drilling rig. It is suitable for both subsea services and drilling in water depths from 80 meters to 3,000 meters.

Ocyan has been working with the Norbe VI rig for PRIO since July 2021 under a contract that is in effect until August 2023 and includes revitalization activities in the Frade field and Wahoo development in the Campos Basin.

BNamericas talked to Carlos Madaleno, sales director for the Americas of one of the world’s main offshore air support service providers.