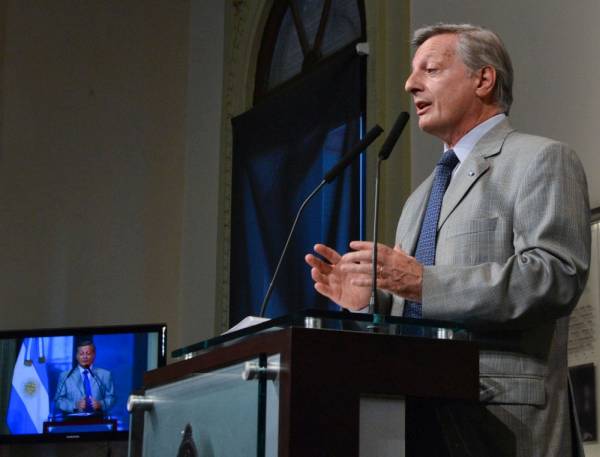 Argentina and the International Energy Agency (IEA) signed a memorandum of understanding to strengthen their partnership, with a focus on exchange and dissemination of information and statistics.

"Argentina is fully committed to transform its energy sector. [Increasing] our cooperation with the IEA was a desired goal of our administration in order to enhance our energy statistical system and continue our engagement with the OECD," energy minister Juan José Aranguren (pictured) said.

German oil and gas company Wintershall said it plans to invest approximately 4.4bn euros (US$4.76bn) in the sector in 2017-21, with Argentina as a central area of focus. The country, where Wintershall has working interests in 15 onshore and offshore concessions, helped drive record hydrocarbon output of 165Mboe/d in 2016.

Brazil's state-run oil company Petrobras said Wednesday it would pump an additional US$600mn into exploration and production projects over the next five years after posting a fourth quarter profit, a sign that a recovery is taking hold.

The company is prioritizing production from deepwater fields, and the new E&P capex came as the company announced Q4 profits of 2.51bn reais (US$810mn), compared to a 36.9bn-real loss in the year-ago period, boosted by improved cash and debt positions.

Capital expenditure in 2017 is expected to be US$19.8bn, and Petrobras aims to raise US$21bn from divestments over the period, having already netted US$13.6bn from asset sales since January 2015.

Brazilian oil and gas producer PetroRio, formerly known as HRT, completed its acquisition of 100% of local junior Brasoil after all conditions were met with Brasoil shareholders, who agreed to exercise tag-along rights after the sale of interests by major shareholders FIP Brascan and Goldman Sachs.

Canadian firm Alvopetro said it will spend US$5mn on oil and gas exploration in Brazil's onshore Recôncavo basin this year.

And Brazil's ABESPetro industry association said the country's oil auctions this year could attract investments of up to US$6bn, breathing new life into a sector battered by recession and corruption.

Chilean LPG distributor Gasco and local power generator Enlasa announced they will jointly develop an LPG import terminal in the northern port town of Caldera, following an announcement from the two firms in late 2016 that they would be forming a joint venture to develop energy projects in the country. Chile's LPG imports rose by 15% year-over-year in 2016, according to national energy commission CNE.

UK-based Amerisur Resources reported gross proven (1P) crude reserves of 15.11Mb at the Platanillo field, in which it holds a 100% interest, and said an independent report by Petrotech Engineering showed proven and probable (2P) reserves of 24.47Mb.

Italian firm Eni announced Thursday it has successfully drilled the shallow water Amoca-2 well in Mexico's Campeche bay, and confirmed the presence of oil in multiple reservoirs. Amoca-2 is the first well drilled by an international oil major in Mexico since the energy reform, which came into effect in late 2013.

Want to read more information about OIL & GAS: The week in 10 stories?