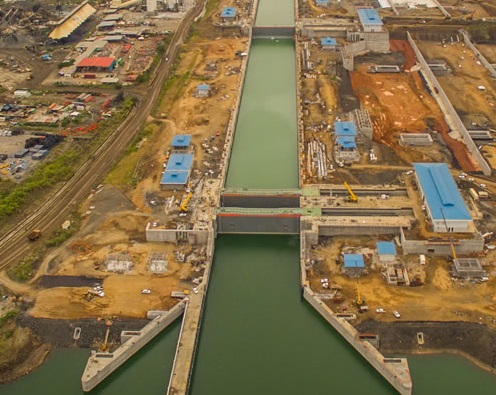 GUPC, the consortium responsible for carrying out the expansion of the Panama Canal, is appealing a ruling favoring canal authority ACP in a cost-overrun dispute, according to Spanish news portal El Confidencial.

The decision, issued by an arbitration tribunal on July 31 last year, dismissed a claim filed by the group calling for US$193mn in compensation for cost overruns reportedly incurred in the construction of a temporary cofferdam at the canal's Pacific entrance.

The ruling also obliged the companies to pay more than US$22mn to the authority to cover expenses associated with the arbitration process, as well as an additional US$900,000 in compensation for payments that ACP had already disbursed in relation to the case.

In addition, the group has taken the case to a Miami court and has filed different compensation claims amounting to a total of US$2.32bn, according to the report.

A 2017 report from ACP states that the claims filed by the consortium involve costs disagreements regarding the gates that were added as part of the project's third set of locks, the cement used, and "construction irregularities," among other factors, El Confidencial reported.

The consortium, led by Spanish construction firm Sacyr, and including Italy's Salini Impregilo, Belgium's Jan de Nul Group and local firm Cusa, was awarded the contract in 2009 with a US$3.11bn bid. Originally set to be completed in 2014, the project was delivered on June 26, 2016, at a cost of US$5.45bn, following months of negotiations between ACP and GUPC over cost disputes.

The consortium filed two cost-overrun claims before the international court of arbitration of the International Chamber of Commerce (ICC) in December 2016, which together amounted to a maximum of US$5.67bn.

GUPC argues that the majority of the cost overruns were the result of the quality of the existing basalt at the project site, unexpected problems with the terrain, strikes and regulatory changes.

The PPP authority approved the contract and tender criteria for the project to rehabilitate and upgrade 246km of the East Pan-American highway.