Pandemic expected to hit LatAm telecom revenues by over US$4bn 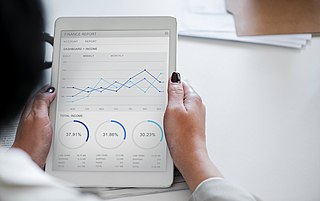 Despite increased demand for connectivity in this period of isolation, the telecommunications market in Latin America is expected to suffer a loss of US$4.3bn in revenues this year compared to previous projections, research firm IDC said in its most recent forecasts for the regional market.

Before the COVID-19 crisis, IDC projected up to 6% growth in revenues for telecommunications services in Latin America. This figure has now been revised down to 3%.

"We expect an overall slowdown in growth for the main Latin American markets, such as Brazil, Mexico and Argentina," IDC Brasil research manager Luciano Saboia said in a webinar on Thursday.

Rating agencies such as Fitch expect the crisis to lead to a cut of up to 30% in investments by telecom companies this year.

Overall IT solutions purchases are also expected to dive as an effect of the coronavirus pandemic, according to IDC.

With a few exceptions, purchases of IT solutions and services are expected to drop in Latin America this year and as of the second half only smaller budgets and projects will be prioritized by companies, said analyst Pietro Delai in a report.

Spending will be focused on projects that bring material revenue and sales impact to companies, the analyst said.

The cloud segment is one of the few exceptions to expect some growth. IDC sees a 30% increase in that market in Brazil.

Saboia said that spending in certain IT segments could generate a US$1.7bn market opportunity in Latin America, which, however, will not be enough to offset the general decline.

In its latest forecast for the IT sector, IDC estimated 2020 sales would drop by around US$15bn. Before COVID-19, IDC projected growth of over 7%.

In a worst-case scenario, as BNamericas reported previously, the market could fall by double digits.

The Mexican Space Agency (AEM), an agency of the Ministry of Infrastructure, Communications and Transportation (SICT), met with the president of th...

BNamericas provides an roundup of news on acquisition of startups, funding of tech companies and overall ICT investments in the region.

Want to read more information about Pandemic expected to hit LatAm telecom revenues by over US$4bn?