President Martín Vizcarra said 24 of the projects are under construction but need following up to avoid delays, while another 25 will soon enter the construction phase and the rest have begun the structuring stage.

"By 2025, 95% of these plans will be completed," Vizcarra said Tuesday during a presentation at the Forum for Competitiveness: Accountability for Sustainable Growth in Peru.

"That is what separates us from a developed country. We need 49% of GDP in infrastructure to be able to close this gap."

Among the projects, Vizcarra highlighted transmission lines in the northern regions of Tumbes and Piura, which are enjoying rapid economic growth and require more energy for industry.

The projects also include improvements to the ports of Paita in Piura region, Chancay in Lima province and San Martín in Ica region.

As for airports, Vizcarra mentioned improvements to the terminals serving Piura (see map below) on the north coast, and those serving the Amazonian cities of Yurimaguas and Chachapoyas, as well as the Chimbote and Huánuco airports. 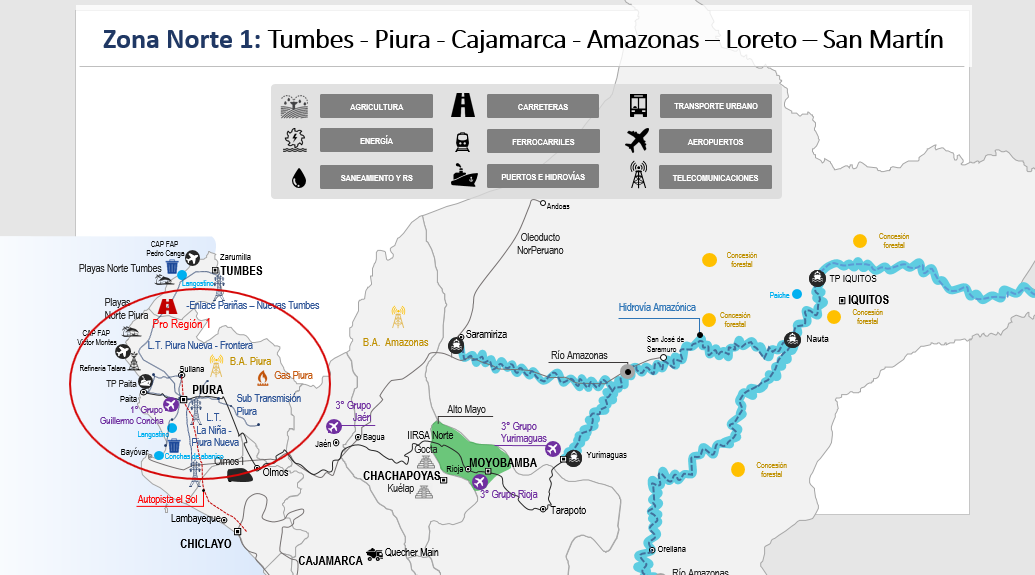 Vizcarra also highlighted the Chavimochic III irrigation project (see map below) in La Libertad region as well as the Siguas Majes and Vilavilani water projects in Arequipa and Tacna, respectively.

"It is essential to carry out the third stage of the Chavimochic project, which is stalled. There's a problem, but it's among the priority projects," he said. 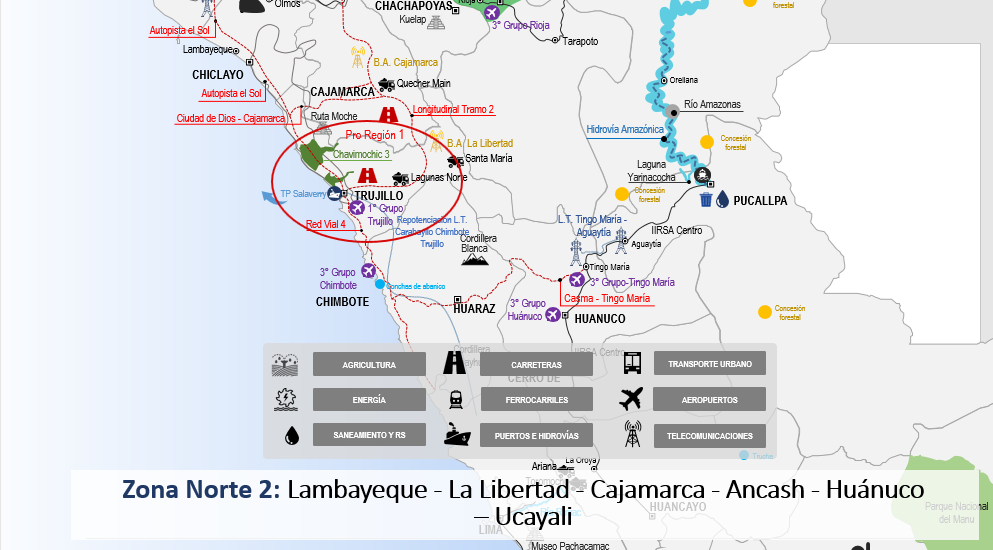 "This plan is much more than a list of projects because it's articulated between different sectors and is closely linked to the administrative systems of the state, particularly to public investment systems and budget systems," said Oliva.

He also said the idea is that most of the projects have the support of a project management office (PMO), which will help in the design, structuring and execution.

"This [PMOs] is a weakness that we have in the state, so we're outsourcing them via international experts. Nobody knows the number of companies that come to ask us about the infrastructure plan and to know how they can participate through these PMOs," added the minister.

Among those interested, Oliva mentioned experts from the UK, the US, Australia and Canada.

"This is a state plan. The projects will be finished in the short term, but the expectation is that they'll continue to be developed in the following years," he said.

Veolia seeking opportunities to make water in the desert

While the company believes all countries in the region are ripe for water conservation investments, those with desert areas are the most attractive.

Peru to invest US$470mn in Lima waterworks this year

The 2022 plan includes 10 projects, of which eight will be carried out by local water utility Sedapal.

Postponement of the Barbados 2022 offshore licensing round

Vizcachitas: 'It's the most important greenfield project Chile has in the pip...

Want to read more information about Peru developing US$30bn in infrastructure projects through 2025?