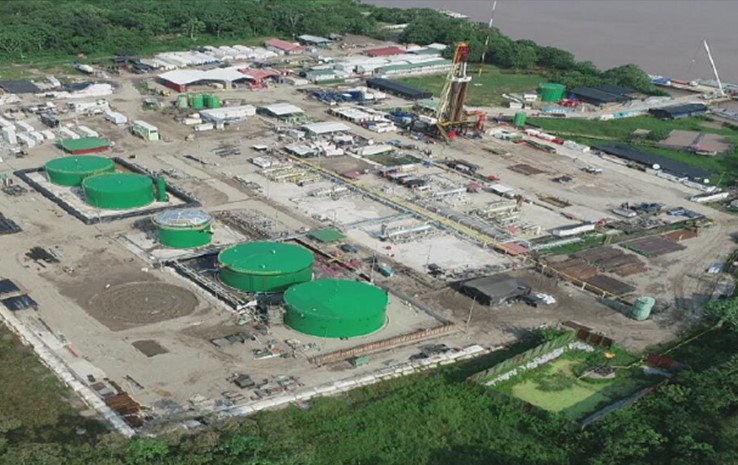 Peru-focused upstream hydrocarbons company PetroTal expects capex in 2023 to be around US$100mn, similar to this year, according to CEO Manolo Zúñiga.

PetroTal block 95 (pictured) in the jungle region of Loreto is one of the country’s top oil producers, averaging 10,459b/d in the first 15 days of November, second only to CNPC block X with 11,085b/d, information from hydrocarbons licensing authority Perupetro shows. Peru’s total output in the period averaged 34,542b/d.

The company’s final 2022 production guidance is 12,000-13,000b/d for 4Q22 and the full year, on record low river levels in Brazil that have “constrained” output, although levels are starting to slowly rise.

PetroTal barges crude from block 95 to Brazil due to halted operations of the Norperuano oil pipeline, with plans to increase barge capacity and adding storage at Manaus, including a floating storage and offloading unit.

When asked about a return to operation of the duct, Zúñiga said he recently met with the chair of national oil company Petroperú and that their guidance is sometime next quarter.

Zúñiga added that he met with the energy and mines minister and Perupetro, highlighting that the government is “committed to providing the needed safeguards” for the duct, particularly as the revamped Talara refinery comes online in the coming months.

Petroperú recently said that the pipeline has suffered more than 11 attacks with over 50 intentional cuts since last December.

The CEO said PetroTal is working on the bylaws for a proposed addendum to its contract that would establish a social development fund to address demands from local indigenous groups.

Information from the country’s ombudsman shows that Loreto led the number of social conflicts in October with 30 or 14% of all such conflicts.

As part of stepped-up public engagement, the government announced the creation of a temporary workgroup to help resolve social issues in the Loreto province of Alto Amazonas.

Peru: Dialogue is strengthened with representatives of the Four Basins of Loreto and the San José de Saramuro community

Peru: Government must restore order in Loreto and stop acts of violence against the population and oil installations

Regarding PetroTal’s other asset, onshore exploration block 107, Zúñiga said work continues to refine the geologic model in the lead-up to bringing onboard a potential partner.

He pointed out, however, that securing the permit for the Osheki prospect on the acreage is “taking a long time.” 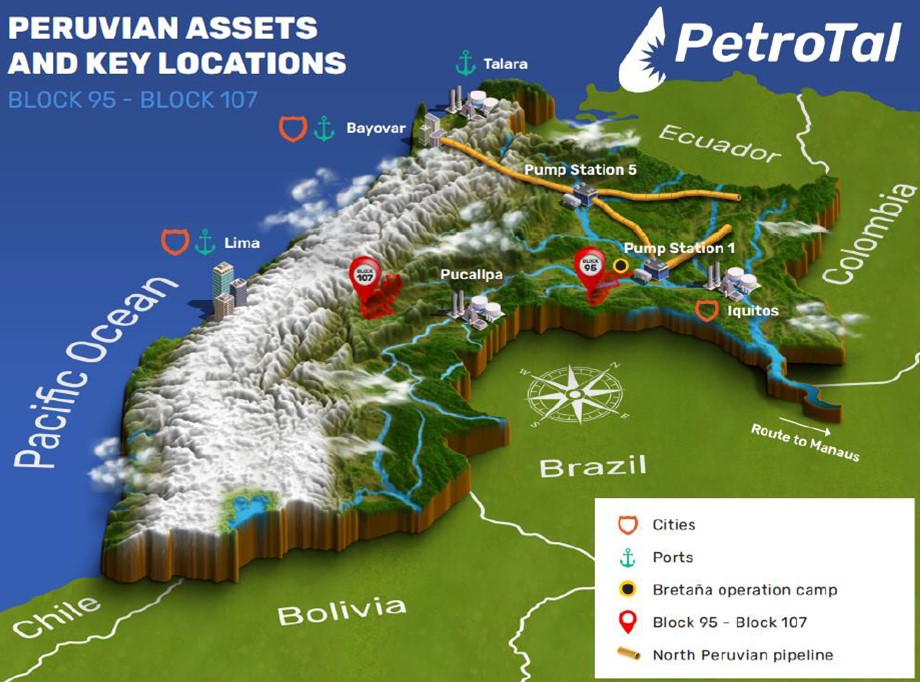 He has extensive experience in the hydrocarbons sector and various studies on global business administration and energy.

Peru: More than 70% of the MINEM budget for 2023 will be allocated to investments in social development

Peru: SPH joins the call of civil society to demand that the government respect democratic institutions and governa...