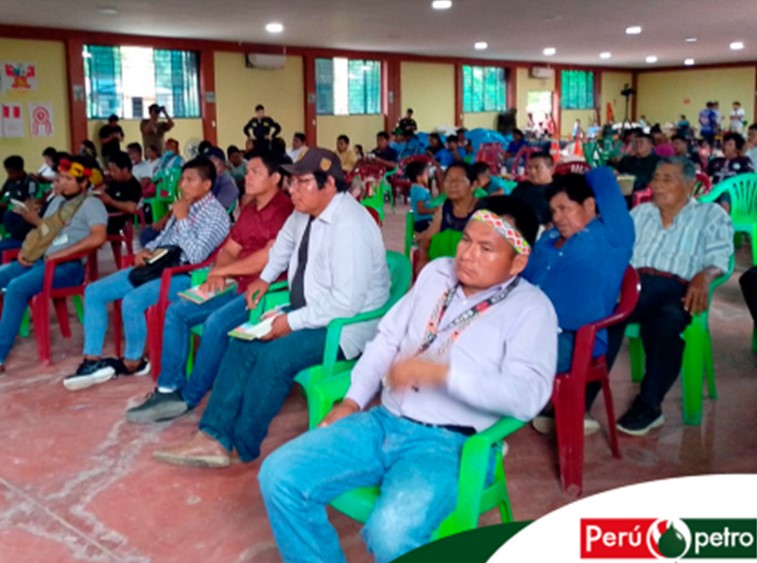 Perú Libre legislators have introduced bills to congress to step up efforts to improve interaction with communities in areas where energy sector activities take place.

One initiative would create a community relations position in the ministries of energy and mines, and environment, and at national oil company Petroperú, and authorize regional and local governments, and other public entities to create the position.

The new opportunity would be open to professionals in the areas of law, environmental engineering and other related fields, and would preferably be people from the same community.

The bill’s authors highlight that “in the case of Petroperú and native communities along the route of the Norperuano oil pipeline, conflicts have gone to extremes of damaging the mentioned pipeline.”

“One of the problems that the ombudsman's office identified regarding that is the inadequate and insufficient communication between public entities and communities,” they add.

The second proposal would declare of national interest and public need the creation of a native communities’ association to look after the Norperuano duct.

“The lack of attention from the State in relation to health, housing, work and education, has practically forced the inhabitants of native communities to commit acts of vandalism attacking sections of the Norperuano oil pipeline,” according to the backers of this bill.

“While it is true that many of the investigations carried out by Petroperú and [energy and mining investment regulator] Osinergmin have reported that leaks are caused by wear and tear in the pipelines.”

The first bill is available here and the second at this link, in Spanish.

Information from the latest report of Peru’s ombudsman Defensoría del Pueblo shows that the mining and hydrocarbons sector accounted for the majority of socio-environmental conflicts in October.

The drill program to date has surpassed a total of 16375 metres, drilled in 69 bore holes.