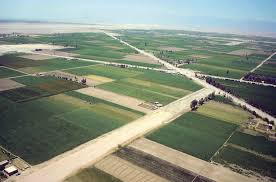 Authorities in Arequipa region in southern Peru are aiming to have works resume works shortly on the halted Majes-Siguas II irrigation project, an initiative estimated to cost some 2.6bn soles (now around US$768mn).

The project has been suspended since late 2017 over a conflict regarding technological amendments to the design and additional costs.

Peruvian state-owned water company Autodema said in a release that it would resume auxiliary works related to road access to the site today, citing “the great importance of the Majes Siguas II special project due to the extensive benefits it will provide to Arequipa and the southern region of the country.”

Meanwhile, the planning and budget chief for the Arequipa region, Javier Rospigliosi, said that the bulk of the main works will not resume just yet because an amendment to the contract is still being discussed, daily La República reported.

The environmental approval for the project, awarded in 2015, is set to expire on May 13.

The project involves the 1Bm3 Angostura dam and 16km Angostura-Colca tunnel. The water stored will be used to irrigate 38,500ha of arid land east of the city of Majes, which lies around 50km west of regional capital Arequipa.

In addition to this, the region is also planning to resume works on 43 projects following the issue of a decree from the central government that eased restrictions on certain economic sectors that had to suspend activities amidst the COVID-19 pandemic.

If 2020, a year marked by the health crisis, is not considered, last year saw the lowest amount since 2013.

This will be ProInversión's first awarding this year, one month after the beginning of the tenure of its current executive director, José Salardi.