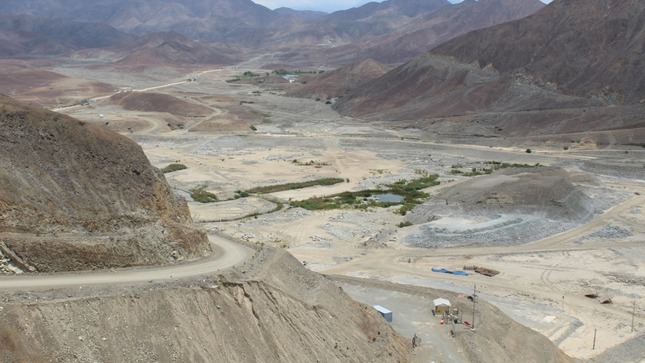 Peru’s expanding agribusiness sector is being hampered by delays to large irrigation projects.

Pending projects such as Chavimochic phase III, Majes Siguas II, Alto Piura and Chinecas could add an additional 200,000ha of land for agricultural use, according to business group ComexPerú.

The four irrigation projects on hold represent potential investments of US$1.7bn and would also help drive the construction sector.

"The Peruvian agro-export boom has been achieved with around 198,000ha [of land]. Unlocking these projects would double the agro-export frontier," Rafael Zacnich, ComexPerú's economic studies manager, told BNamericas.

Delays in the development of agricultural infrastructure have been a constant factor in recent years. Majes Siguas II, a project in Arequipa region where construction should restart in April, is facing a new controversy after the concessionaire asked for an extension to the deadline due to the need for certain preliminary works.

Chavimochic faces a bigger hurdle. After the government won an arbitration award and ended the project’s concession contract, a process to re-award the project is scheduled to be launched in 3Q23. However, agrarian and irrigation minister Jenny Ocampo has not received approval for the process from congress and has been summoned to explain the progress of the project to lawmakers. She is the latest senior official to be at risk of losing their job.

Last week, Peru began talks on a free trade agreement (FTA) with Hong Kong. According to the foreign trade and tourism ministry, Peru exported more than US$270mn in agricultural product to Hong Kong in 2021.

An agreement between Peru and Hong Kong should help the agribusiness sector. Zacnich, however, said the country is not ready to take advantage of the opportunity. "We are not promoting irrigation investments. In Majes Siguas II, the regional government wants to develop a smallholding project on the land, when the profitability of the land is clearly associated with agricultural exports," he said.

Between January and September this year, Peru’s agricultural exports totaled over US$6.7bn, according to the foreign trade and tourism ministry. The country is the world’s number one exporter of blueberries, and the potential would be much greater if the pending irrigation works were carried out.

The US$15mn is to expand water and sewer systems in two districts of Peru's capital.

How a Brazilian private equity firm is expanding its regional footprint