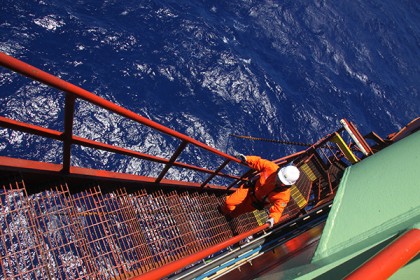 Brazil's state-run oil company Petrobras has announced that its average oil production in April will be 2.07Mb/d (million barrels per day) after it slashed 200,000b/d from output because of low international prices and oversupply amid the coronavirus pandemic.

In February, according to the latest data released by regulator ANP, the company’s output reached 2.10Mb/d of oil and 95.5Mm3/d (cubic meters per day) of natural gas. Initially, the firm expected to achieve average production of 2.7Mb/d in 2020, the same level as in 2019, a target that is less likely to be met.

“It's too soon to talk about annual production curves. It's still possible for us to reach the 2.7Mb/d target for 2020, but we will need to wait longer to see the impacts,” the company’s E&P director, Carlos Alberto Pereira, said during a conference call with analysts at the end of March.

The output target already took into account Petrobras’ need to have stoppages at several platforms throughout the year for planned maintenance works that would help ramp up output in the coming years. These maintenance activities now look likely to be rescheduled due to the preventative measures taken regarding the health crisis.

Petrobras has been able to meet its annual production targets since at least 2015, due to the start-up of new platforms in the pre-salt region, reversing its long history of not reaching production goals in previous decades.

Another factor hindering greater production this year is the expectation that Brazil will collaborate with the current international efforts led by the OPEC cartel to cut production to stabilize oil prices.

On Sunday, Brazil’s energy minister Bento Albuquerque held talks with his Saudi Arabian counterpart Abdulaziz bin Salman Al Saud and confirmed the country is willing to discuss the subject during the next G-20 ministers meeting. Participating in international production caps would be unprecedented for Brazil, as the country has been invited to join similar efforts in the past but never agreed.

Statistics from federal energy planning firm EPE released before the current crisis showed that Brazil is due to become the world’s fourth-largest oil producer by 2029, with average production rising to 5.5Mb/d.

Implementation of the plant is part of Petrobras' strategy to expand and adapt its refining park.

The senator expected to be appointed by Brazil’s president-elect Lula is likely to change the company’s strategic orientation.