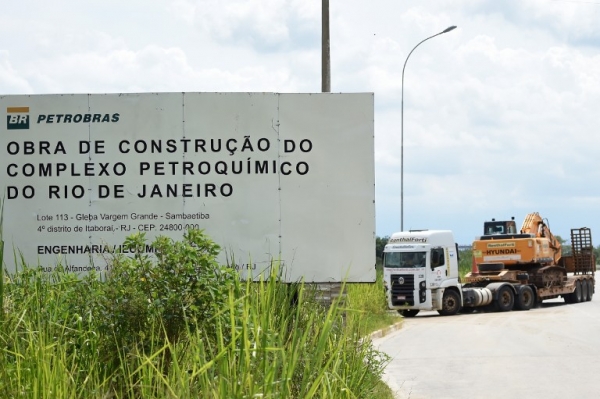 The company will award new contracts for the natural gas processing unit and a utilities center featuring a combined cycle power station and water treatment plant, according to Valor Econômico.

The newspaper said the projects would be tendered by the end of the year.

In addition, Petrobras is understood to be seeking partners to finish work on the complex's 165,000b/d oil refinery.

Work on the natural gas processing unit was halted last October amid allegations that builders Iesa and Queiroz Galvão paid bribes to win an original tender as part of the QGIT consortium. QGIT was stripped of the contract in March.

According to the latest Petrobras estimate, Comperj is slated for completion in 2023, 15 years after construction began.

Petrobras has been ravaged by falling oil prices and a lingering corruption probe that has led to the arrest of several former employees.

Among them is Paulo Roberto Costa, who was responsible for approving the Comperj project during his time as refining and supply director.

Petrobras' wholly owned project experienced delays due to strikes, environmental licenses and changes in scope, and had construction halted by the Brazilian federal auditors. The redesign, according to the secretary of economic development of the State of Rio de Janeiro, changed the overall project over the years from a mega-petrochemical complex to a simple refinery. The project was subject to much scrutiny by authorities over scandals, ranging from a couple of million reais in overstated contracts for earth-moving works, to a 7bn-real contract awarded without any tender whatsoever.

Click here to see the full risk profile and how Comperj compares to similar projects in the region.

Want to read more information about Petrobras said to be re-tendering Comperj works?