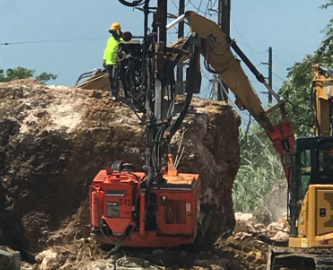 The government of Puerto Rico has modified its calendar of water and sewerage tenders due to the problems caused by Hurricane Fiona.

The pre-tender meeting dates have been pushed back for at least two tenders, according to information released by water and sewage authority AAA on the platform subastas.pr.gov.

One of them is a US$17mn tender (23-SP-014) to eliminate the existing Patillas wastewater treatment plant, build two new pumping stations and install two trunk sewers. The officer in charge of the pre-tender meeting, engineer Eliud Vega, confirmed to BNamericas by email that the date had been moved to October 3 from the original September 20.

The pre-tender meeting for the process 23-SP-018 was also pushed back to September 28 from September 21. This project consists of the design and construction of emergency works at the Caguas wastewater treatment plant.

The island is currently dealing with the aftermath of hurricane Fiona, which left millions without electricity and running water. It also damaged more than 60 roads and highways, leaving many communities isolated.

During the days following the hurricane, 60% of water customers reported cuts. As of Thursday evening, some 73% of the population were receiving water, according to the information published on the Puerto Rico Emergency Portal System (PREPS).

FEMA has approved funds of US$18.5mn to carry out the first stage of the Valenciano water reservoir project.

The projects have a combined capex of around US$80mn and will benefit eight municipalities.

Spotlight: The US Army Corps of Engineers’ projects in Panama and Puerto Rico