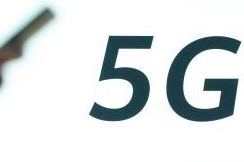 Operating systems provider Red Hat is upbeat about Latin America, eyeing cooperation with mobile operators that are popping up after spectrum auctions, while advancing existing trials with established players.

“We are in dialog with many new entrants [in the region]. Those would be new customers, they might be new to the business from a 5G perspective and maybe new to Red Hat,” Gino Grano, media, telecom and entertainment VP for the Americas, told BNamericas.

Such entrants include Winity, Brisanet, Unifique, Cloud2U and Sercomtel (Ligga), in Brazil. Albeit with different business propositions, all these companies joined existing players Telefônica, Claro and TIM in the acquisition of wireless spectrum last November.

Meanwhile in Chile, which was the first Latin American country to auction 5G spectrum, WOM acquired its first frequency bands in a tender, joining incumbent telcos Entel and Movistar.

Argentina, Mexico and Colombia are expected to launch 5G tenders next year, and Red Hat expects to win key contracts with incumbents and, eventually, a new player.

The open source company, which was acquired by IBM in 2019 for US$34bn, does not disclose specific projects, but bets on the digitization and cloud needs of the market, despite more adverse macro conditions.

“As new spectrum gets auctioned in different countries, we’ll be right there with our respective partners, with our established business across the region. Many of our existing telco customers are mobile providers and we expect them to have some type of investments in 5G spectrum,” said Grano.

“And when I look at the Latin American market specifically, with the 5G investments being made and spectrum being auctioned in 2022 and continuing in 2023, [telcos] are going to realize and monetize investments as quickly as possible,” Grano said.

In an interview with BNamericas in September, Alejandro Raffaele, leader of the company’s regional telco, media and entertainment department, said Red Hat was working with different service providers in Brazil, Mexico, Argentina and Colombia, among others.

About three years ago, Red Hat began working with service providers in the region to test open source code for telecoms networks.

To date, these projects have been mainly trials and proofs of concept.

Both Grano and Raffaele expect open implementations to ramp up and materialize around mid-2023 and 2024. “We hope and we expect to win our fair share of business and continue to be the leader in the open source world,” said Grano.

According to IBM, Red Hat’s sales grew by 12% year-over-year in Q3, and by 18% at a constant currency basis. Hard figures were not provided.

“As a leader in open-source technologies for the enterprise, Red Hat's performance was again fueled by market share gains across [platforms] RHEL, OpenShift, and Ansible this quarter. With our enterprise incumbency and global scale, we continue to see an increase in large deals, as well as strong cross-sell and upsell across Red Hat solutions,” IBM CFO Jim Kavanaugh told investors in a Q3 earnings call.

With a consolidated growth in revenue of 15.02%, more than 140 new clients and with satisfaction rates similar to those that have been maintained i...

Claro connects rural towns of Guaviare and Nariño to 4G

How and where Colombian telcos are investing