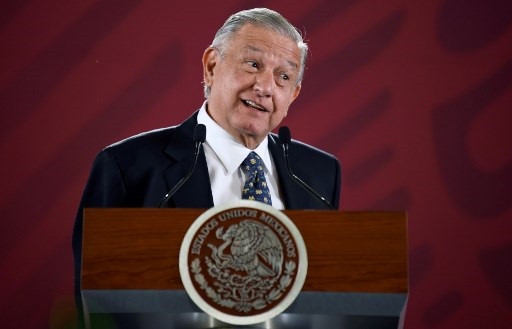 Mexico is a large and attractive market for renewables investors which is bound to keep growing during the year.

“We are positive on the overall framework for renewable energy in Mexico even with the recent announcement regarding the potential review of subsidies for private generators,” Kijana Mack at Mexico Energy Partners and Rodolfo Rueda, from Thompson & Knight law firm, told BNamericas.

“While the recent headlines about the potential removal of subsidies caused concern among market participants, we believe the attractive economics for renewables in Mexico will continue to drive project development,” Mack and Rueda said.

Heat mapping shows its northern states are among the most conducive regions in the world for solar photovoltaic power generation, and its completed wind parks are among the largest in the hemisphere.

Since coming to office in December of 2018, though, President Andrés Manuel López Obrador (AMLO) has sought to reverse the privatization of the electricity market.

He immediately put a scheduled fourth electricity auction on hold and canceled it last spring.

On January 8 AMLO said joint Pemex-CFE hydropower plants were in the works, promising details by mid-February.

He also signaled a review of subsidies for private firms, which would only be one of many maneuvers against the renewables sector in recent months.

In late December, the Financial Times reviewed a CFE PowerPoint presentation that included a plan to increase transmission costs from electricity generated by private firms.

But, “renewables generators would bear the brunt” of the fee hikes, according to the Financial Times.

And in October, the energy ministry (Sener) tried to roll back the Clean Energy Licenses (CEL) program. Sener tried to reclassify the CELs to enable CFE hydro and nuclear plants to be CEL generators. That move would have simultaneously devalued investment in solar and wind projects, and made the state electric company appear to be a massive clean energy generator.

Wind and solar companies responded with lawsuits to stop the regulatory change.

In tandem, environmental rights groups protested that the return to CFE’s older forms of power generation jeopardized Mexico’s ability to meet its Paris Agreement obligation to generate 35% of its electricity from clean sources by 2024.

By December, separate court rulings in favor of the renewable energy companies had effectively put on hold Sener’s reclassification.

While investment has been complicated by the announcements and attempts to re-concentrate electricity in CFE’s hands, existing renewables projects in Mexico continue apace.

“The more pressing matters for developers are proper management and expansion of the national grid, and the generation costs versus cogeneration and ccgt [combined cycle gas turbine] facilities,” Mack and Rueda wrote.

“Local community opposition and the land consultation process remains top of mind,” they added, saying, “but we expect the government targets of 30% by 2021, 35% by 2024 to be achieved with the projects that are scheduled to come online.”

Enlight is Sungrow's first service partner in Mexico and Chile