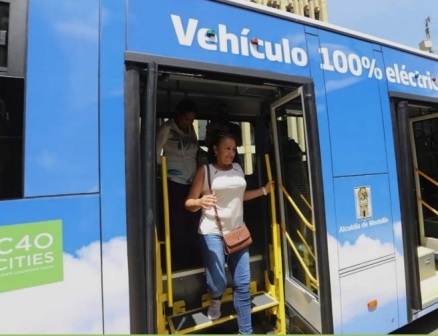 A regulatory framework alone is not enough to support Argentina’s transition to a low-carbon society, a sustainable finance expert indicated.

The country has committed to reaching net zero emissions by 2050 and in 2020 announced ambitious new greenhouse gas emission reduction targets for 2030.

What is needed are the right financial instruments, Carlino said during a conference hosted by DecarBOOST, a project launched in 2020 to catalyze investments in order to help decarbonize Latin America.

“We’re making proposals, regarding amendments to the regulatory framework, in order to be able to make investments viable but also developing financial instruments, or market development instruments, that facilitate these investments,” said Carlino.

Heightened country risk has crimped access to credit in Argentina, which has a wealth of undertapped renewable energy resources. The cash-strapped government has prioritized growing the oil and gas industry to generate export dollars and ease reliance on imported fuels.

The Argentine renewables sector is working on proposals to help spur the industry, which has lost steam amid the country’s economic turmoil that erupted in 2018.

On a global level, developed countries have failed to fully deliver on a 2009 pledge to provide US$100bn a year of climate finance by 2020 to their developing peers. Financing is a pending issue and will likely be a priority at the COP27 UN climate change conference, due to be held in Egypt in November.

Torcuato Di Tella researchers, meanwhile, are focusing on the three sectors that are not only key to Argentina’s economy but also account for the bulk of emissions: transport, energy and agriculture/land use.

Carlino said they were working on “concrete opportunities” in the areas of renewable energy and energy efficiency.

The associated issue of carbon border adjustment taxes – which the EU is mulling – is also starting to blink on the radar of some Latin American commodity producers. Such a tax is a duty on imports based on the amount of carbon emissions resulting from the production of the product.

Carlino said forward planning was needed so that Argentine commodity exports are not subject to future import barriers.

DecarBOOST is chiefly focused on Argentina, Brazil and Peru. The project is supported by the German environment ministry and implemented by six non-governmental entities including Torcuato Di Tella, which focuses on Argentina. Among the project’s seven partners are regional development bank IDB.

The bill will now go to the senate for approval.

President Jair Bolsonaro's administration has made the third change in the state-run firm's leadership in less than four years.

Is the longstanding stalemate over Brazil's Fust fund finally over?

Is it the final countdown to Eletrobras’ privatization?

VMware: Telcos are the next step for hyperscalers