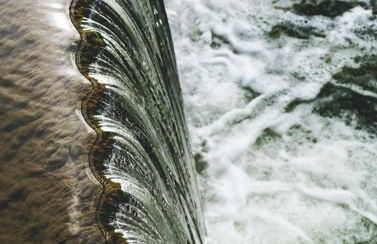 Rioprevidência, the pension fund for employees of Rio de Janeiro state government, is alleged to have taken on a debt under illegal contracts that was partially paid off with the sale of state-owned water utility Cedae.

Cedae’s assets were acquired at an auction by the Aegea and Iguá groups just weeks ago.

A parliamentary investigation committee (CPI) of the Rio de Janeiro state parliament has revealed that the management of Rioprevidência, the pension fund representing around 300,000 former employees of the state government, contracted a large bank loan, backed by the commitment to privatize Cedae.

The CPI report was presented on Friday and is due to be published in full on Monday (June 14). The document – which will be passed on to state and federal prosecutors, the attorney general, the federal police and the Rio de Janeiro state audit court – points to a series of irregularities regarding the loan contracted with bank BNP Paribas, including contracts written in English, and not in Portuguese, as is obligatory, among various other irregularities.

BNP Paribas is reported to have lent 2.9bn reais (US$567mn) reais to the government of Rio de Janeiro in November 2017, for the state to pay the salaries of employees and pensions of retirees. The federal government guaranteed the loan, but demanded the sale of Cedae in exchange, according to an article in newspaper Le Monde Diplomatique published in February and signed by deputy Flavio Serafini, chairman of the CPI.

The CPI report claims that, between 2007 and 2018, there was reckless and fraudulent management at the head of the Rio de Janeiro government and at the finance, planning and management secretariats, as well as on the executive board of Rioprevidência, which worsened the financial balance of the pension fund and increased the state's debts by 17bn reais.

The initial amount of the BNP Paribas loan is considerably lower than the net profits obtained by Cedae between 2012 and 2016, which totaled some 4bn reais.

"With the maturity of the debt with BNP coming at the end of last year and its renegotiation on a still obscure basis, the risk is, in addition to the growth of the debt, that BNP will take part of Cedae's capital. It should be noted that, while the utility’s water distribution and sewage collection and treatment services have been privatized, Cedae remains responsible for water production," wrote Serafini in the article.

According to sources from the state congress, the report paves the way for further investigations by public prosecutors and Brazil’s federal police and could result in the cancelation of the loan contract between the Rio government and BNP Paribas, and may even lead to the Cedae privatization being reversed.

BNamericas contacted Aegea and Iguá for comment on the report, but neither had replied as of publication of this story.

The bill is pending approval in the senate.

The national oil company talks to BNamericas about the importance of oil exploration, energy transition initiatives and corporate governance.

Brazil to push ahead with infra auctions despite mounting challenges

From tax hikes to elections: What worries Brazil's mining sector

Energy transition: The pending challenges for 'the cleanest region on the pla...

Want to read more information about Rio govt in hot water over irregular loan linked to privatization of utility?