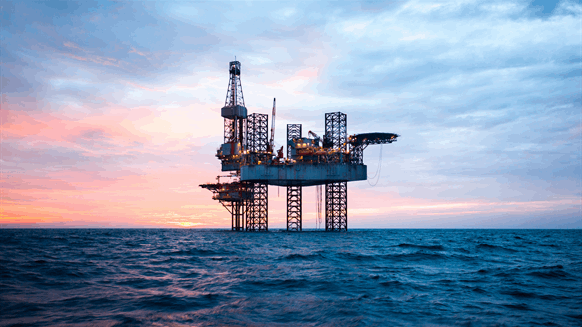 Colombia must develop a clearer and more competitive long-term plan for natural gas to allow upstream investment in the sector to flourish, according to the local head of Royal Dutch Shell.

Speaking during the XXIX La Jolla Virtual Energy Conference, Shell Colombia president Ana María Duque outlined a wish-list of measures that she said would ensure the role of gas as a "transition" fuel and guarantee energy security in the Andean nation.

Shell's proposals include a new regulatory framework that prioritizes flexibility; an improved and competitively remunerated gas transport system that would connect internal markets; and efforts to promote wider gas use in the residential, industrial and transport segments.

"We have been working with the government to try to move forward and there is a good environment of collaboration," Duque said. "There have been changes to contractual regulations and fiscal conditions that have enabled companies like Shell to [enter the local market]. However the offshore natural gas framework needs improvement," she added.

The licenses, previously held by Anadarko, cover 14,900km2 and are home to the vast Kronos, Gorgon and Purple Angel discoveries. Shell and partner Ecopetrol said production tests in the areas could begin within two years.

The companies previously forged a relationship through joint ventures in the US Gulf of Mexico and the Brazilian pre-salt.

The government has warned the country faces a deficit of the fossil fuel by 2024 if new reserves are not found and developed sooner.

In addition to efforts to raise production, there is growing interest in liquefied natural gas. The country's first LNG import facility – the SPEC terminal in Cartagena – began operating in 2016 and there are plans for two others: one in Buenaventura on the Pacific Coast and the other in the Caribbean province of Sucre.

According to Colombian hydrocarbons regulator ANH, moves are afoot to revise fiscal terms for upstream contracts, with a specific focus on attracting investment in natural gas production.

The agency is also giving "serious thought" to lowering pipeline charges, which account for around 45% of total operation costs for producers, according to the Colombian Petroleum Association (ACP).

"The government is preparing for a much more competitive tariff structure," ANH president Armando Zamora said in the conference.

"It's the first time in a long time that the government is looking at this seriously. Taxes are excessive, logistics are excessive. And there is the issue of the market dominance of Ecopetrol that has to be looked at as well," he added.

Zamora added that Colombia's hydrocarbon reserves could be eight times the current level with the right regulations in place and forecast greater opportunities for players across the gas value chain in the near future.

"There is a lot of potential, not only for the internal market but for exports, particularly to the Caribbean region," he said.