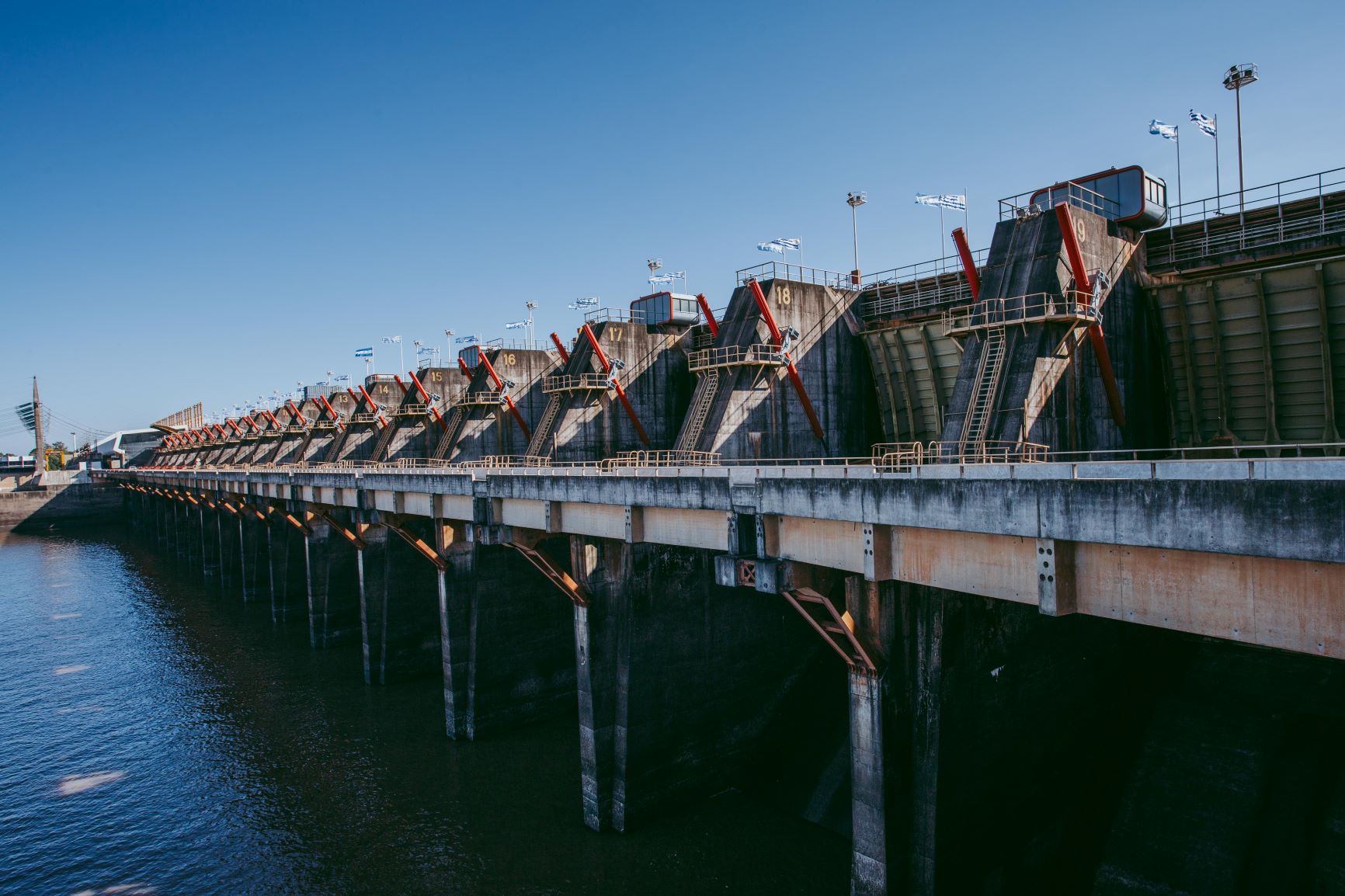 Twenty companies have expressed interest in a consultancy contract for the modernization of the 1,890MW Salto Grande hydroelectric plant (see photo) on the Uruguay River between Argentina and Uruguay, for which the IDB approved an US$80mn loan in November.

The dam's binational operator, Comisión Técnica Mixta de Salto Grande, told BNamericas that it was drafting a shortlist with the six best bidders that should be ready by the end of the month.

The company selected will have to conduct technology integration studies for equipment and systems for generation and transmission processes, and draft technical specifications for the tender of the new control system.

The IDB financing will support an initial five-year phase as part of a 25-year strategic investment plan for the dam that involves an estimated total of US$960mn.

According to Argentine wholesale power market administrator Cammesa, during February Salto Grande provided 3.07% of a total 10,965GW of energy generated in the country.

Information from Uruguay's power market administrator Adme, in turn, shows that of the 1,102GWh injected into that country's grid in January, 28% came from Salto Grande.

In other news from the region, authorities in San Juan province in western Argentina said that representatives of Italian investment group Altair had expressed interest in building a hydroelectric plant and investing in solar energy during an official visit.

"The group currently has around 2,000MW in different energy sources installed in Italy and the rest of Europe and India, and is inaugurating a new generation plant in Kosovo. Of the total generation of these units, 900MW is solar", the president of San Juan public energy company EPSE, Víctor Doña, said in a government release.

To get a perspective on developments in Argentina’s oil and gas sector  – as well as on an initiative to build renewable energy plants near consump...

Compared with Chile, Brazil and Argentina, Uruguay had the highest residential natural gas prices, of US$2.23/m3. Prices in Chile were US$1.50/m3, ...

Pampa Energía: Acquisition of 50% of Greenwind S.A. - change of control

Toyota Boshoku Argentina, Sewtech Argentina will supply 80% of their demand with renewable energy from YPF Luz