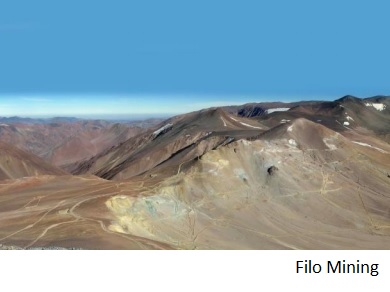 A potential tax hike for copper and lithium producers in Chile is worrying global mining companies.

Earlier this week, Lundin chairman Lukas Lundin said in an interview with Bloomberg that the company is delaying new investments in Chile while focusing on Argentine initiatives.

"We're going to wait and see before we put too much money into it and I'm sure everybody else is doing the same," he said.

"If there is too much uncertainty in the next year, year and a half, obviously we won't push the button."

BNamericas looks at the status of the Canadian miner’s projects on both sides of the border.

The environmental permit application was submitted in February and company’s executives are in talks with San Juan province authorities to set commercial and fiscal terms for the initiative.

According to a previous Argentine report the company must pay 25% income tax and 3% royalties to San Juan province.

Last year, the company faced hurdles to finance the project, and Lundin executives held meetings with Argentine officials to ensure a regulatory framework giving certainty for mining projects, including free access to the exchange market and the ability to make interest and dividend payments abroad.

In March, the company reported the assembling of the construction team. Works are expected to start in 2022.

Last week, the discovery of a new zone of high-grade copper, gold and silver mineralization was announced.

The current drill program will end this month. “Field operations will be paused for 6-8 weeks while the company prepares the drills and camp facilities for continuous, year-round field operations,” subsidiary Filo Mining said.

According to the BNamericas project database, the initiative targets a 14-year operation with average production of 67,000t/y of copper, 8.65Moz/y silver and 159,000oz/y of gold.

The US$600mn expansion of the copper, gold and silver Candelaria mine in Chile’s Atacama region seeks to extend operations by 10 years starting in 2030.

In February, environmental evaluation service SEA approved an extension for the review of the environmental impact study until August 31, as requested by the company.

The expansion is one of the 49 projects that will need over US$74bn in investment in Chile’s mining sector by 2029, according to copper commission Cochilco.

On the current political scenario in Chile, earlier this week the CEO of Vancouver-based Teck Resources, Don Lindsay, told a conference that he sees little risk of higher taxes on copper as the company has a 15-year stability agreement for its Quebrada Blanca phase II copper project.

6 large copper projects in Argentina that could revive the industry

Want to read more information about Snapshot: Lundin’s projects in Chile and Argentina?