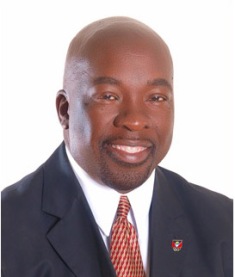 Public documents and work flow processes were all paper-based, data was stored in silos, there was a poorly developed wide area network (WAN) and there wasn't even a common e-mail platform. In short there was no e-government strategy.

Within nine months, Nicholas had achieved what fellow Caribbean nations Trinidad & Tobago and Barbados had failed to do in 15 years and 10 years, respectively; create a citizen e-portal with a limited number of e-services for Antigua & Barbuda's 81,800 citizens, the first in the English-speaking Caribbean.

Nicholas applied his 25 years of experience working in the private sector specializing in process management to take a business-like approach to government.

"In a paper-driven environment that is not automated it's painful and really inefficient. Things get lost and processes tend to trombone across several ministries," Nicholas told BNamericas.

"Because of my background in process management I've been able to walk the processes and see the inefficiencies," he said.

According to Nicholas, to date, the government has made savings of US$200,000 on its now-centralized e-mail system and US$150,000 in hardware expenses through the deployment of virtual machine technology, which is a program that acts like a virtual computer running in your current operating system.

"Several Caribbean countries have done a degree of automation but none have taken it to the next level," Nicholas said.

What is in place is far from the finished product, but the citizen portal is a start and now the country also has a three-year strategy.

The next step is to modernize the payroll system. A new government employee can currently go for four months without receiving their first paycheck and that will be solved over the next three months.

In the next two years, Nicholas hopes to automate the country's medical prescription service so that details of users entitled to subsidized prescriptions will be online. Payments to the state social security system will also be automated.

There is also a proposal on the table to introduce digital signatures this year.

What is key to the success of any such project is to do it step-by-step and get quick wins and not try to digitalize all government processes at once, Nicholas explains.

"You've got to take modular steps. Check boxes, then move onto the next thing. Each fits into the overall vision."

"Today we have the core, which is the government portal, but in 24 months I think we'll be in a mature position."

One of the typical challenges Caribbean nations face in modernizing is obtaining financing and most have relied on external funding from multilateral lending agencies. Nicholas decided to finance digitization internally by taking a close look at government contracts that were not getting maximum value, rescinding them, and reusing those resources.

A business opportunity has emerged for the government from this process. Nicholas is converting a disused factory building into a digitization center, where the government will hire students to digitize archives that are currently on microfiche.

The minister envisages Antigua & Barbuda starting to offer digitization services to other countries in the Caribbean and further afield, adding that the Caribbean Court of Justice has already expressed an interest in digitizing its court records.

"That way, I can recoup some of my costs. It's treating the government's business as a business," he said.

Software companies like Brazil's Totvs or systems integrators such as Chile's Sonda expect opportunities in sales of technological solutions for ma...