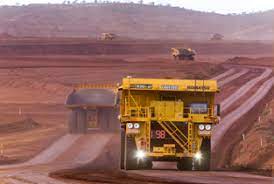 Although Brazilian miner Vale is focusing on cost control in response to the global economic slowdown, it is also advancing key projects.

While prices for its main product, iron ore, are falling and inflation remains high, Vale has not signaled any reduction of its capex plans.

"Vale is aware of the negative outlook ahead and is demonstrating discipline on capex, which in the third quarter was at the same level compared with recent quarters. It is reasonable to think that this stance will be maintained," Régis Chinchil, an analyst at local investment house Terra Investimentos, told BNamericas.

The US$772mn northern system project involves increasing the S11D mine plant capacity by 10Mt/y to 100Mt/y. The system’s total capacity based on the Serra Norte, Serra Leste and S11D operations is planned to reach 240Mt/y.

"The project has been almost fully commissioned. Silos at the train load out area are expected to be completed by January 2023. On the logistics front, the environmental license is required for implementation of remaining scope of EFC. Works at the Ponta da Madeira maritime terminal are on schedule," Vale said in its Q3 financial statement.

The US$913mn Capanema maximization should start in 1H24. The Capanema project in the municipalities of Santa Bárbara, Ouro Preto and Itabirito in Minas Gerais state is part of the Mariana mining complex and contemplates the reactivation of the mine, which was paralyzed in 2003. Extraction will be carried out through the Timbopeba site.

"Work continues on the crushing circuit with concrete work completed at secondary and tertiary crushing. Earthworks have been completed at the primary crusher site. Electromechanical assembly of the screening plant has begun. Construction and assembly was initiated on the long-distance conveyors and the stackers and reclaimers at Capanema site," the company said.

The US$1.5bn Serra Sul 120 project in Pará state’s Canaã dos Carajás municipality consists of increasing the S11D mine plant capacity by 20Mt/y to 120Mt/y at site.

Project start-up is planned for the second half of 2025.

"Earthworks have begun. The civil packages have been awarded and mobilization is in progress," according to the report.

Combined, the plants are expected to produce 6Mt/y. Plant 1 should start in the first half of 2023 and plant 2 in the second half of that year.

"Installation of the two dryers is completed. Welding is in progress at the modules that make up the iron ore silos," Vale said.

Developing a world-class copper operation, the US$1.05bn Salobo III project represents a low-cost brownfield expansion opportunity through the addition of a concentration plant and the use of Salobo's existing infrastructure. The project is in Canaã dos Carajás municipality.

The US$555mn Onça Puma project involves installing a second furnace at the nickel mine in Pará state to increase capacity to 12,000t/y-15,000t/y. Start-up is planned for 1H25.

“The project was approved by the board in September 2022 and is currently advancing the major work packages stage,” Vale said.

The US$428mn, 10Mt/y Gelado iron ore project involves recovering iron ore from the tailings dams of the Carajas mining complex to feed the São Luís pellet plant in Maranhão state and avoid the need for new deposits and landfills.

"Commissioning at Gelado is near complete. The Gelado project is expected to start-up in 4Q22 with 5Mt/y capacity in the initial years, as it requires Usina 1 conversion to dry processing to achieve full capacity," according to Vale.

"Surface activities are well advanced with the port fuel tanks and Eastern Deeps mine fresh air infrastructure completed. Installation of the compressors systems for the paste plant is in progress. In the underground, the Reid Brook bulk material handling system is advancing on schedule. For Eastern Deeps, lateral development advancement remains the priority," said the firm. 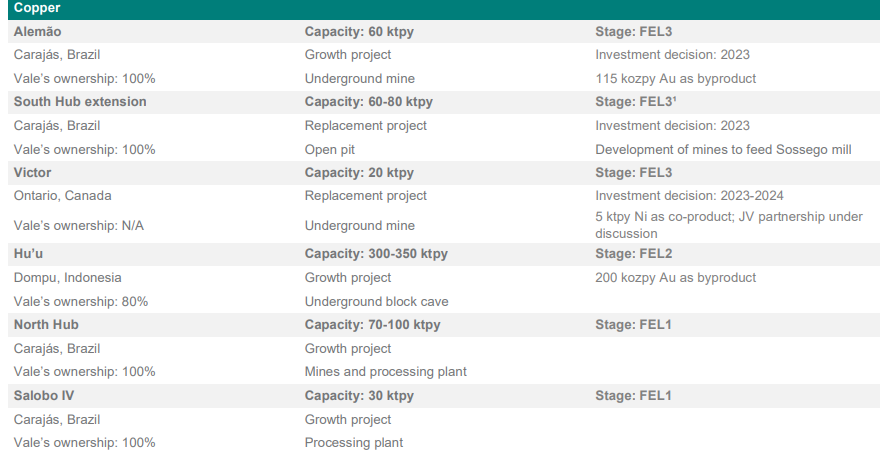 The iron ore pellet producer expects an output of between 8Mt and 9Mt next year.

Brazil publishes notice for new exploration and mining round

Want to read more information about Spotlight: The main projects of Brazil's Vale?