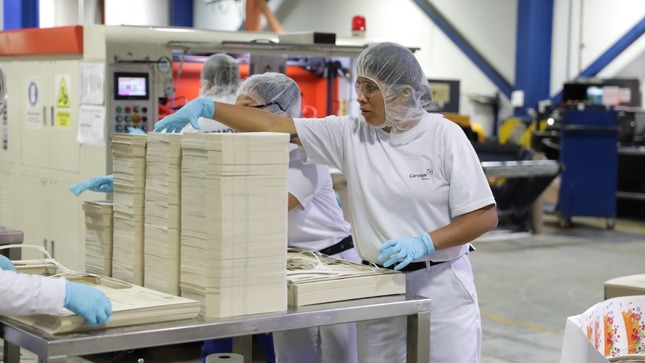 The Peruvian government has suffered a direct reverse, after competition and intellectual property authority Indecopi this week suspended a decree outlining controls on labor outsourcing.

The practice of labor outsourcing was banned by government decree in August and was expected to have serious impacts, particularly in the mining industry where it is common practice, but numerous companies brought legal action against it, claiming it was necessary for normal operations, with Indecopi eventually deciding to suspend the ruling.

The labor ministry (MTPE), said in a government release that it regretted Indecopi's decision, but underlined that it "will continue to defend and respect the rights of outsourced workers, within the scope of our powers.”

In its ruling, Indecopi ratified an injunction filed by mining company Cosapi, which will no longer be penalized for using third-party employment services. According to the Lima chamber of commerce, the resolution does not only apply solely to Cosapi, but all companies that filed appeals against the norm and even those that did not.

Around 1,000 companies filed legal against the decree.

Although the resolution suspends the controls on labor outsourcing, the regulation has not actually been repealed.

“There are possibilities that the Indecopi tribunal itself will fully confirm the case and the rule will be repealed. This will happen in the coming weeks,” Jorge Toyama, a labor law specialist and partner at the firm Vinatea & Toyama, told BNamericas.

The MTPE is not expected to take the decision lying down. Toyama said that the ministry will likely begin proceedings against Indecopi in the judicial branch of government to question its ruling, as well as issuing a precautionary measure to try to cancel the suspension and reinstate the effects of the decree.

However, this is unlikely to be successful. "If we check the precedents, in 90-95% of cases, what an administrative tribunal like Indecopi says is usually confirmed by the judiciary," he said.

The ministry will also probably conduct very tight supervision of outsourced work, seeking to make labor assessments and inspections considerably more demanding in an effort to placate the unions.

This means that the national labor inspection superintendence (Sunafil) will be looking closely at whether companies are autonomous or not, if they use their own resources and analyzing what costs are assumed by third parties, among other things.

"Processes may be initiated to include outsourced workers on the payroll if they [companies] don't meet the requirements," says Toyama. Sunafil has already started several such processes, but they have just been suspended.

Indecopi's resolution is the first case in which an independent authority has suspended a government regulation. “A battle was won, but the war is still on. It will be difficult with the current government, which is why we have been recommending companies not to declare victory,” said Toyama.

Between the months of January and September, the execution of the Modified Institutional Budget (PIM) of the three levels of government for public ...

With votes nearly all counted, most regions already know who their next governor will be.

More than 15,000 community members will be affected by the new rule on labor outsourcing