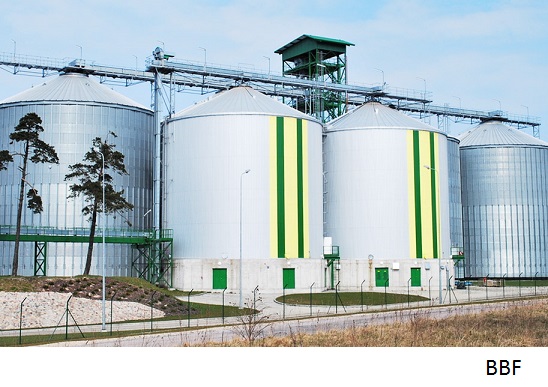 Telefónica continues to make progress in dedicated connectivity projects in the Latin American energy sector, a segment that has seen strong interest from different carriers in the region amid growing industry 4.0 and automation demands.

In the latest deal, the Spanish group’s Brazilian subsidiary inked a contract with Brasil BioFuels (BBF), one of the world’s largest palm oil and biofuel producers, for the roll-out of 23 4G LTE antennas in an agricultural area spanning 1,700km2, starting in December.

The project was announced by Brasil BioFuels. When contacted, Telefônica Brasil said it would not comment. Contract details, such as value, were not disclosed.

The 23 antennas are due to be rolled out by March 2024, BBF said in a statement. They will be deployed in 13 municipalities in northern state Pará, where the bulk of BBF's operations are concentrated, including Barcarena, home of the Vila do Conde port used by BBF to ship its production.

According to BBF, the technologies used will be narrow band IoT (NB-IoT) and long-term evolution for machines (LTE-M), which are specific networks for internet of things and machine-to-machine applications.

The network is expected to support applications for tracking the logistics fleet and the origin of the palm, according to the biofuel group. BBF also plans to advance on cloud migration and climate monitoring, among other tech investments.

“With the partnership, we will act in line with the concepts and best practices of industry 4.0, increasing the automation of our processes and generating more efficiency for our operations,” BBF’s CEO Milton Steagall said in a statement.

In addition to BBF, the network is also expected to benefit neighboring communities.

“Our company is investing in the combination of agriculture and technology to drive better environmental practices, maximize the efficiency of our business and expand internet access to neighboring communities," Steagall added.

Connectivity is also key for BBF as the company prepares to increase production.

In an interview with BNamericas last month, Steagall said the company will invest 2.2bn reais (US$412mn) in a biorefinery in Manaus, Amazonas state, focused on green diesel (HVO) and sustainable aviation fuel (SAF).

BBF claims to be the largest palm oil company in Latin America, with production of around 200,000t/y. The company has two palm processing units in Pará, in addition to 25 thermoelectric plants in operation and 13 in implementation.

In addition to BBF, Telefónica has other ongoing projects in Brazil in the bioenergy sector. One of them is a 5G pilot with Brazil’s Raízen, in partnership with Ericsson.

As BBF, the contract, which was signed in 2020, comprises NB-IoT and LTE-M technologies to support IoT applications.

Telefônica will also be responsible for the physical infrastructure associated with the IoT project, including the construction of towers, electronic equipment for the provision of mobile services and 300 IoT devices.

Beyond biofuels, another key project for the company in the energy segment is a private 5G network for Brazil's oil giant Petrobras.

In power, Telefónica's Movistar Argentina is deploying NB-IoT for local power company Edenor in a trial of the technology. The aim is to help Edenor carry out remote readings of smart meters and detect faults, clandestine connections, cuts and other incidents that may occur along power lines.

The project is said to be the first implementation of IoT technology in a public service company in Argentina.

In Mexico, Telefónica's local subsidiary recently announced it reached 1mn IoT accesses in the country, while in Chile the company has NB-IoT projects in partnership with Huawei.

Worldwide, the group is said to have over 40mn IoT connections, many of which are through NB-IoT technology.

In related news, Telefónica announced that its Chilean subsidiary became the latest unit to have 100% of its power consumption coming from renewable energy, joining its operations in Peru and in the company’s four core markets of Spain, UK, Germany and Brazil, all of which are said to now be 100% supplied with green sources.

The telco also said that progress has been made in Ecuador and Argentina, with purchases of green certificates for the local operations.

According to Telefónica, 50% of its power consumption in Latin America and 84% for the group’s total are expected to come from renewable sources by the end of this year.

Telefónica also published the first life cycle environmental impact and benefit analysis of its connectivity services, based on the application of the European Taxonomy of Sustainable Activities, with the aim of reinforcing its 2040 decarbonization commitments.

In terms of mobile networks, Telefonica said the environmental impact per PB of the 4G/5G network has been shown to be 7 times lower than that of 2G/3G, due to lower and more efficient energy consumption during data transport and processing in the network system.

Telefónica previously committed to achieving net zero by 2025 in Spain, the UK, Germany and Brazil and by 2040 elsewhere in Latin America.

BNamericas provides an overview of the main technology investment and startup funding news in Latin America.