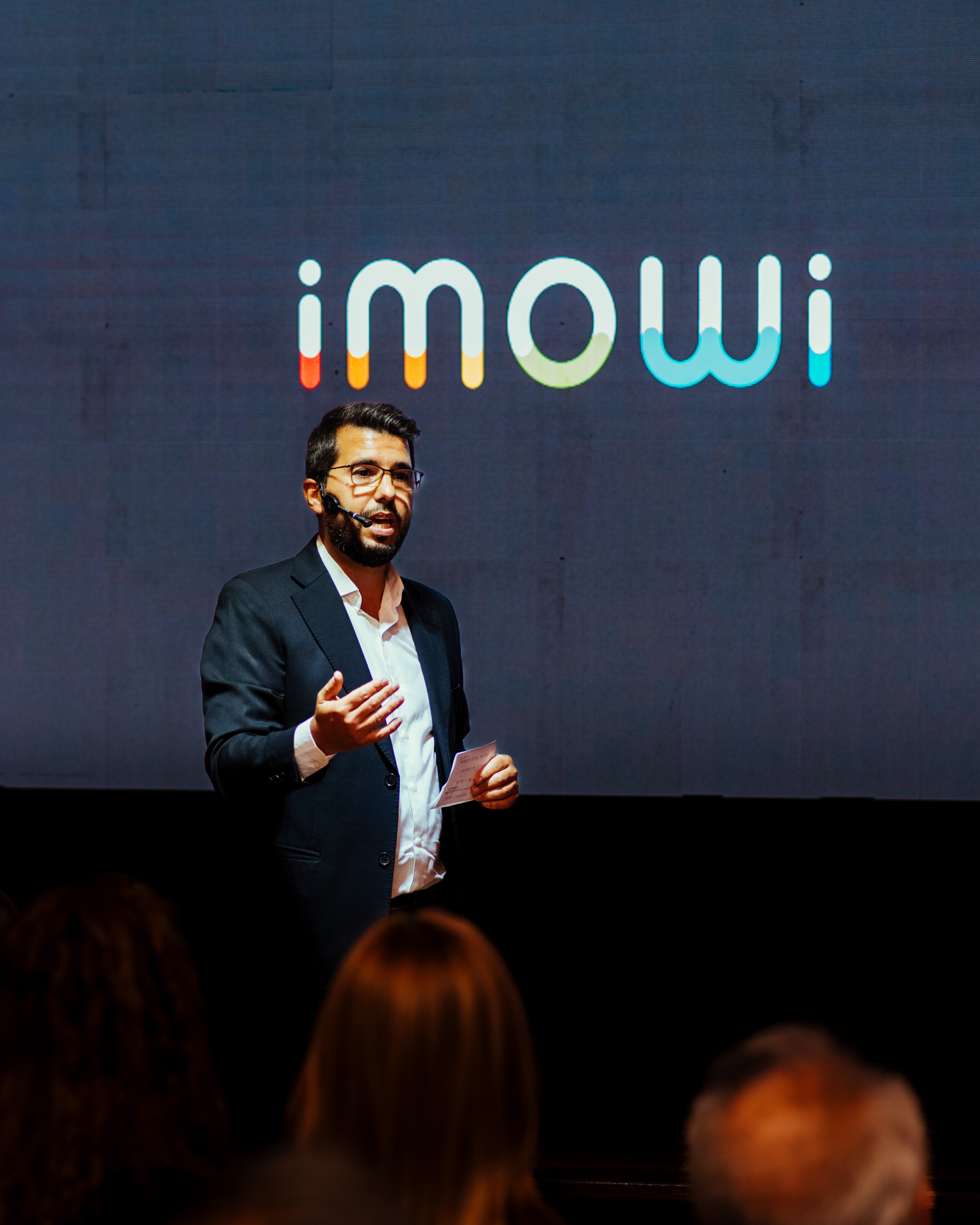 DEL VISO, November 18, 2022 . Yesterday, the Telephone Cooperative for Housing and Other Public Services Del Viso Ltda. (Telviso) held an event to launch the imowi mobile telephone service in the event hall of its Cultural and Educational Center. In this way, imowi is now available to all the inhabitants of the Pilar district.

The renewed image of its brand was also unveiled with a logo in keeping with this new and important stage.

The mobile phone service includes a basic plan and the possibility of acquiring different data packages according to the needs of each user, free WhatsApp, 500 national minutes and 1000 SMS, among other benefits. Likewise, Telviso users who contract their mobile line will have exclusive discounts on their fixed services.

Marcos Cytrynblum , president of Telviso, welcomed all those present and was proud of the new stage that the cooperative is going through and the enormous project that they managed to achieve: "It is a special day for me. I have left my best efforts so that this cooperative will come to provide all the services it is providing today, competing with the most important companies in the country in the field"

And he added: "Telviso always changes for the better, because it has the obligation to comply with the inhabitants of this city. Telviso has transcended the borders of Pilar and Argentina: we have just received two awards in Miami and London."

For his part, Ariel Fernández Alvarado , president of CATEL and general manager of Telviso, emphasized the details of the new service and added to the great expectation generated by providing quadruple play. “Today in Pilar we are making a project a reality with a 7-year journey, where we overcame all the obstacles to once again put the cooperatives at the forefront of ICTs. Today Telviso is the fourth operator in the country to have quadruple play, to be able to offer the most competitive proposal in the market. All the residents of Pilar should feel proud of the cooperative of which they are a part. We are also doing a one-time makeover. Not only are we celebrating our 50th anniversary, but we have reached 70% of our users with fiber optics: 7 out of 10 homes in Telviso have the best technology, in a country that has an average of 20%. It is also a day to be proud of those of us who work in Telviso because we chose to be in a cooperative contributing all our capacity, which is what today does not allow us to be where we are. We are Telviso, we are imowi, we are Pilar."

José Crettaz , a journalist specializing in telecommunications, was in charge of leading the meeting.

The renewed image and its new institutional spot - which can be accessed through https://bit.ly/spot-Telviso - which was also presented as a surprise, generated an excellent reception from the attendees.

Hernán La Rosa , in charge of the imowi commercial area, highlighted “I am very happy to see the imowi project grow hand in hand with the cooperatives that joined and trusted it from day one. Telviso is a very important player in Pilar, which has been providing quality services with the highest technology on the market. Now add imowi, a mobile service with national coverage with all the necessary features. Congratulations!"

“I think we are not fully aware of the true dimension of this project, nor of its future impact. Setting up a mobile operation from scratch is something extremely complex for any operator. But doing so also implies breaking with the established, opening new paths. We are proud to accompany CATEL.” concluded Fernando Busto , commercial manager of Cooperatives of Telefónica de Argentina.

The meeting ended with a cocktail where they toasted to the success of the project.

Based on the license granted by ENACOM, the cooperatives grouped in CATEL had already made progress by signing an agreement with Telefónica to use its network and part of its infrastructure to provide mobile service. They continued with the presentation of their technological partner, JSC Ingenium and with the obtaining of mobile numbering by Enacom to provide services in Córdoba, Santa Fe, La Pampa and Buenos Aires and later in La Rioja, Río Negro and Catamarca in 2019. Next, they presented the imowi brand in partnership and also launched as the fourth national operator. Imowi won second place at the world-class World Communication Awards held in London and won the Conecta Latam Award for Best Digital Transformation Project of 2022 whose event was held in the United States.

TotalEnergies has approved the final investment decision for the Fenix gas development, located 60 km off the coast of Tierra del Fuego in southern...

Latin America, on the edge of edge computing?