The General Director of Pemex inaugurated the Mexican Petroleum Congress 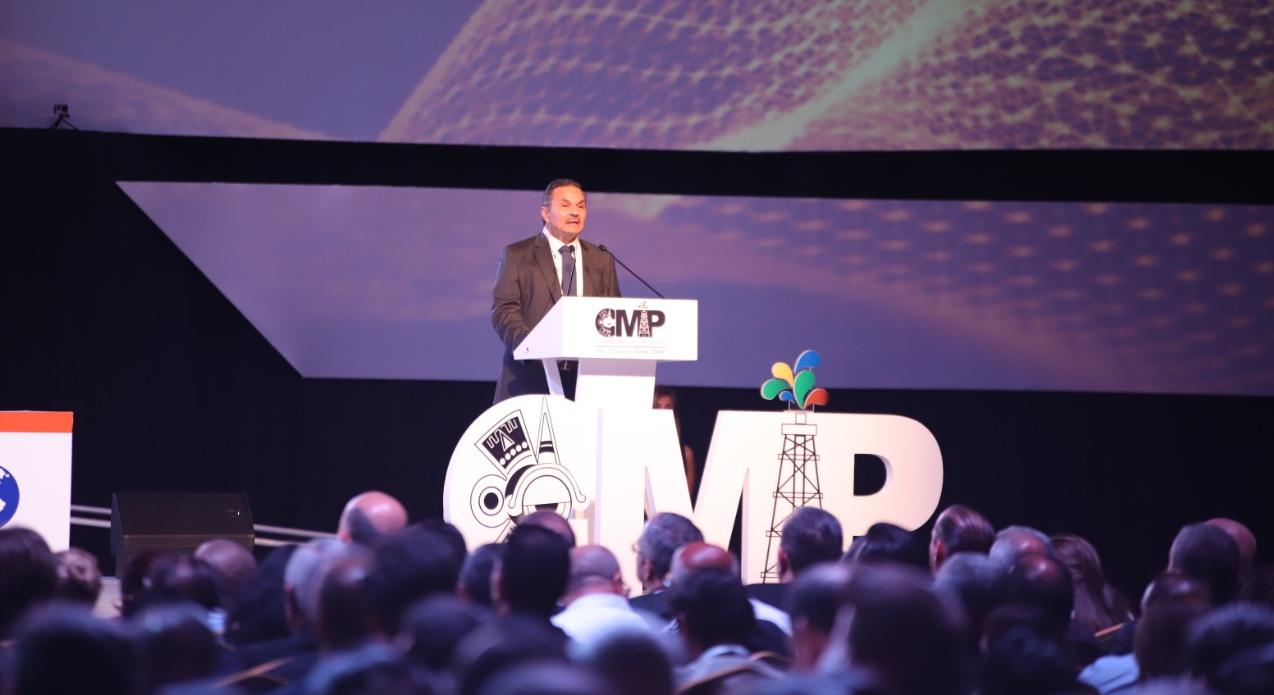 On behalf of the President of Mexico, Mr. Andrés Manuel López Obrador, the Director General of Petróleos Mexicanos (Pemex) inaugurated the XIV edition of the Mexican Petroleum Congress (CMP) that brings together more than 7,000 participants from Mexico and 14 countries , which represents an ideal forum for the generation and discussion of ideas aimed at creating solutions for the main challenges facing our country in terms of exploration and production of hydrocarbons, as well as promoting the technological and scientific exchange of the oil industry.

In his speech, the head of Pemex, Octavio Romero Oropeza, made a recount on the main actions and results to almost seven months of this new administration, such as the fight against fuel theft, the development of new fields, and financial sanitation , that together with the policies of austerity and zero corruption, show that a new management model is possible in the productive enterprise of the State.

Romero Oropeza explained that the Government of Mexico established in the National Development Plan that the energy sector is considered one of the strategic levers to boost the economic development of Mexico. For this reason, the General Strategy for the Exploration and Production of Oil and Gas was proposed as one of its major purposes, which includes two fundamental components: the increase in exploratory activity and the accelerated development of discovered deposits, with the objective of to reach a production goal of 2 million 480 thousand barrels per day in annual average in 2024 and with a production at the end of the same year of 2 million 654 thousand barrels per day.

The Director General stressed that for three decades Pemex did not invest enough in exploratory and development wells, which worsened during the last 4 years and caused a collapse in its production of 800 thousand barrels per day. In contrast, to almost seven months of this administration, to date 100 percent of the infrastructure has been contracted for the development of 20 new fields, as well as that required for the drilling of 116 wells planned in the initial plan. In this contracting process, Pemex has achieved savings of 23 billion pesos and is projected to reach up to 24 billion pesos.

On the other hand, he recalled that one of the main achievements of this administration has been the reduction of 93 percent in the theft of fuel, which will generate an estimated savings of 32 thousand 617 million pesos for this year.

These lines of action, he said, are part of the new Pemex Business Plan, which will be presented later this month and details the strategy for financing the investment to be made in the next five years, where no single project is projected. weight of indebtedness and thus a present and future of the company with zero new debt is glimpsed.

In terms of exploration, the plan foresees increasing its activity, both in terrestrial and shallow basins and areas surrounding existing fields. It also establishes measures regarding deposits, project execution, secondary recovery, production and gas management.

The Business Plan proposes the rescue of Pemex both financially and operationally, always avoiding any type of corruption in the national oil industry and from an ethical base. "All sustainable development must have a strong foundation and free from corruption," Romero Oropeza said.

In order to carry out this strategy, he affirmed that Pemex requires companies with the economic capacity and ethical record that guarantee productive relationships and a dynamic of close collaboration, as well as schemes that give confidence to investors, in order to attract their interest to finance the proposed projects. "We are willing to work with Mexican and foreign companies to make investments, as long as they are beneficial for both parties. That is why we are interested in working with companies and businessmen who share the highest values, which now govern us in Petróleos Mexicanos, "he reiterated.

For its part, the SPA of the General Directorate of Pemex Exploration and Production and president of the CMP, Ulises Hernández Romano, said that this event, the largest and most important in Latin America, is fundamental for the exchange of ideas that help the process of innovation and contribute to the development of the oil industry in our country.

During this congress, pointed out Hernandez Romano, the technical program stands out where advances in knowledge will be shown, new concepts will be proposed and the best practices for the oil sector will be shared.

In turn, the executive coordinator of the Mexican Petroleum Congress and president of the Mexican Association of Exploration Geophysicists (AMGE), Jorge Barrios Rivera, said that the oil industry is united as a large family and with a deep commitment to support the efforts that are carried out in the industry to increase the production platform, operational efficiency, cost reduction and thus raise the quality of life of Mexicans.

Barrios Rivera indicated that hydrocarbons have been and will be one of the main drivers of Mexico's development and prosperity. For this year, he said, the slogan "Innovation to Transform the Oil Industry in Mexico" was chosen, considering that innovation is an essential element in any process of restructuring, reengineering and renewal.

In his participation, the governor of Guanajuato, Diego Sinhue Rodríguez Vallejo, explained that the feeling of the nation is to make oil a factor of unity among Mexicans, making the oil industry a pride. The invitation is to respond with talent, with will to the challenges and challenges that Mexico and its oil industry demand, and Guanajuato joins this task.

The state leader expressed his support for the President of Mexico, Andrés Manuel López Obrador, in his fight against the theft of fuel and the investment planned for the rehabilitation of the Salamanca refinery. "We welcome the announcement of the investment of 2 billion pesos for the rehabilitation of the Salamanca refinery. Our commitment is to continue putting Mexico first, continue adding, consenting and building among the three levels of government to continue making Guanajuato the greatness of Mexico, "he said.

In this XIV edition of the Mexican Petroleum Congress 700 stands have been installed in a space of 18 thousand square meters and brings together the largest oil corporations in the world.

In these days of work will show the most advanced machinery, equipment and technology for this sector. There will be 5 plenary lectures and 280 oral presentations and 86 digital posters. The specialists will share the knowledge about the most complete oil exploration and production areas in Latin America.

In addition, it is carried out at a very important moment in the transformation of the hydrocarbons industry in Mexico and is aligned with the current energy scenario. The CMP is highly relevant within the national oil industry, since it projects Mexico worldwide as a country with high technical and human resources capabilities.

Almost all regional jurisdictions were found by Cofece to lack a competitive market for the sale of liquified petroleum gas.

Want to read more information about The General Director of Pemex inaugurated the Mexican Petroleum Congress?