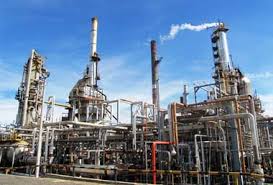 Despite uncertainty caused by the COVID-19 pandemic, Latin America is pushing ahead with plans to boost production of oil and gas derivatives. BNamericas looks at the key refinery projects – with combined investments of US$22bn – that have been gathering momentum in 2020.

One of the flagship projects of Mexican President Andrés Manuel López Obrador, the US$8bn Dos Bocas refinery is slated to process 340,000b/d of heavy crude oil for the production of fuels and petrochemical feedstocks.

López Obrador has also outlined plans to boost capacity at six other state-run refineries: Salamanca, Cadereyta, Minatitlan, Madero, Santa Cruz and Tula, though details have so far been scarce.

The works will draw investments of US$3bn, according to Mexican engineering firm Rengen.

Construction work is expected to begin in the second half of 2020, a year later than originally planned, Refinería Sebastopol president Germán Casas said last month.

"We were supposed to start construction a year ago but we didn't and that is probably a good thing because of the coronavirus," Casas said. "We are ready to start and in three and a half to four years we will finish the refinery."

The refinery forms part of a proposed US$6bn energy hub that is also expected to include at least two power generation plants and a hydrogen production facility.

It will be built at a 658ha site at Puerto Berrio on the banks of the Magdalena river in northwestern Antioquia department.

Australian engineering firm WorleyParsons has been hired to design the project and set the construction schedule. However Casas said additional contracts could be signed for project management consultancy services.

Refinería Sebastopol is initially earmarked to produce between 100,000b/d and 150,000b/d of diesel, gasoline, jet fuel and other crude oil derivatives.

Investment in the refinery is slated at US$5bn, while a 135MW combined-cycle power plant is expected to cost US$400mn. The remaining facilities – including a photovoltaic solar park and a plant that will produce hydrogen for fuel cell vehicles – have been budgeted at US$600mn.

Peru’s state oil company Petroperú plans to launch tenders in May as part of the Talara refinery modernization project ( PMRT), which is due to come online in 2021.

One call will be for a 432-day contract to provide consultancy services to draft the technical conditions and estimated investment for the implementation of logistical stores.

The NOC will also seek specialized technical service for a 365-day contract to catalog and optimize the spare parts inventory.

Other PMRT tenders underway are to support the management system of the engineering processes and to supply an informatics platform.

In March, Petroperú suspended PMRT construction after the government declared a state of emergency on account of COVID-19. The refinery came offline in December to continue with the last stage of the overhaul.

Last month, the environmental certification service for sustainable investments ( Senace) authorized the company to expand the approved capacity of the water supply system due to greater cooling requirements of the revamped plant’s processing and auxiliary units.

The project has been estimated to require investment of around US$4.7bn.

The Ecuadoran government plans to launch a tender process this year for a 20-25 year contract to operate the Esmeraldas refinery, the largest in the country, and install a line to convert waste into clean products at the site.

According to official documents, there are at least 38 companies interested in operating the refinery and building a new high conversion refinery on the Pacific coast under the BOT mode (build, operate, transfer). Potential bidders include China’s CNPC and Sinopec, as well as Grupo Cobra and Repsol.

With investment of close to US$1bn, the Esmeraldas refinery could produce Euro-5 quality fuels. The plant has processing capacity of 110,000b/d and produces around 62% of the derivatives produced in Ecuador.