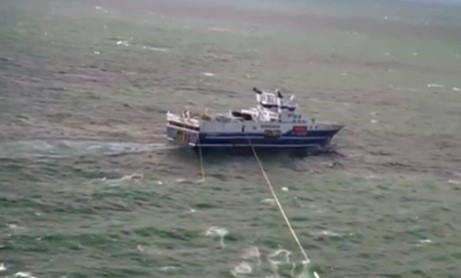 The move was taken to give officials time to analyze comments and opinions submitted – around three weeks after the stipulated feedback period ended – by members of the fishing industry.

A resolution in the official gazette states that “in order to safeguard the public interest, it is necessary to suspend the deadlines of the ongoing impact evaluation process … until responses are obtained from the different bodies that must be consulted.”

The process had advanced earlier this year when the environment and sustainable development ministry held a public consultation on the plans, to conduct a seismic acquisition project targeting three areas of the Argentina Norte basin.

Former Argentine energy minister Juan Aranguren, director of energy consultancy Energy Consilium, told BNamericas that the government move would have an impact, citing the fact the original comments deadline was not respected.

“Late acceptance sets a precedent and delays a process, whose window of opportunity will become increasingly narrow, putting at risk the possibility of taking advantage of the country's natural resources for the benefit – also – of the public interest,” Aranguren said.

“This decision of the executive branch comes in parallel with the presentation by the administration itself of the bill to promote hydrocarbon investment and, among it, off-shore production – which, to say the least, is quite contradictory and a bad sign for those who were waiting for clarifications of the current government's energy policy.”

The government this year authorized Shell to join YPF and Equinor to explore CAN-100. YPF and Equinor are partners at CAN-114, while Equinor has a 100% interest in CAN-108. The areas are the targets of the 3D seismic campaign.

Current offshore production in Argentina comes from Total Austral and Enap Sipetrol-operated blocks in shallow waters in the Austral basin, off the coast of Tierra del Fuego province. They chiefly produce gas.

The federal energy department published 34 crude oil and gasoline export requests in November, up from 31 in October.

Officials agreed to add 50,000m3/d of new capacity, up from the previously announced 36,000m3/d, Oldelval confirmed to BNamericas.