Trade war spells both risk and opportunity for Mexico 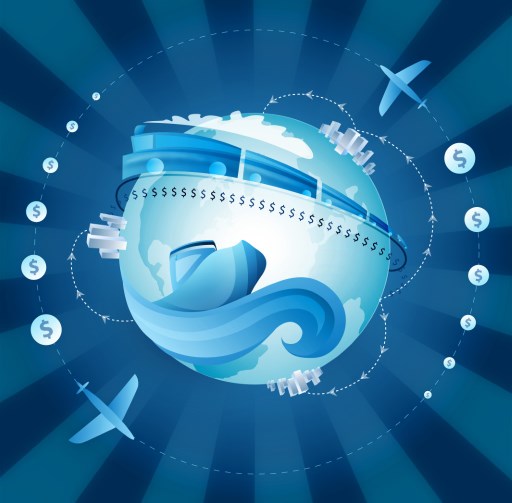 Mexico’s economy has emerged as the most exposed in Latin America to an escalation in trade tensions between the US and China with US protectionism posing both significant opportunities and steadily sharper risks.

Statistics agency Inegi reported that Mexican exports to the US from January to July were up 6.1% year-on-year to nearly US$210bn.

This compares to a 0.9% drop in exports from Canada and 12.2% drop in Chinese exports to the US in the same period.

The data superficially paints Mexico as a winner at a time when much of the world is bracing for a major trade slowdown; however, the growth mostly stems from diversion of trade as manufacturers step away from China amid rising tariffs.

“Mexico may face weaker global demand, but it will also likely benefit from trade diversion. Mexico’s ability to take advantage of any potential shifts in GVCs [global value chains] could depend on its ability to improve domestic fundamentals,” said Toronto-headquartered rating agency DBRS in an analysis released Monday.

This is particularly true in manufacturing related to the auto and computer/electronics sectors, which together account for one third of the country’s exports in value-added terms and nearly half in gross terms.

“Extensively involved” in GVCs, Mexico’s import/export market heavily leans towards “backward participation” – importing intermediate goods and services, and then using them in the production of exports, said DBRS.

With GVCs skewed toward the intermediate and final stages of production, no other economy in Latin America is a deeply integrated into US-related value chains, it added.

A Moody's analysis, also released Monday, sounded a similar note, stressing the potential benefits of reduced Chinese trade with the US to the manufacturing sector.

“A prolonged period of high US tariffs on imports coming from China could lead to a material reduction in US demand for Chinese manufacturing goods, and would benefit Mexico if it leads to changes in manufacturing supply chains,” wrote the ratings agency.

Citing data from the IMF, Moody’s noted that the US tariffs on US$16bn of Chinese goods that went into effect in August 2018 and a related US$850mn drop in US imports from China was “almost entirely” offset by rising imports from Mexico.

“If US trade policies, i.e., tariffs on exports from China, lead to a permanent change in trade patterns and an adjustment in manufacturing supply chains, this could benefit those manufacturing sectors in Mexico that have sufficient scale to offer products as an alternative to Chinese exports,” wrote Moody’s.

The other foot falling

Mexico, however, is also unique positioned to take negative fallout if the trade war gets worse.

A "hardened scenario" posited by Moody’s, where 25% tariffs on all US imports from China go into effect and remain in place, could cut export growth from Mexico nearly 0.60 of a percentage point, not the largest drop in the region, but having a major impact on domestic growth.

Were this scenario to occur, the agency said it would lower its 2020 GDP growth outlook to 1.3% from the 1.5% forecast in its current baseline scenario. This 20-basis point markdown would be the largest that Moody’s forecasts for any country in Latin America.

DBRS explained that the eventual slowdown in global economic growth would also generate heightened demand and supply concerns for Mexico’s GVCs, thanks largely to Mexico’s heavy reliance on the US as a trade partner, the target of 80% of Mexico’s auto exports.

The firm wrote, “Even though electronics supply chains are geographically fragmented, demand for Mexican electronics exports is concentrated, with 70% of Mexican computer and electronics exports being sold to the US. In sum, weaker US demand would have a direct and widespread effect on Mexico’s export sector.”

US protectionism could instill additional disruption to supply chains, especially if the US, Canada and Mexico fail to push through the USMCA trade agreement, and the US decides to exit Nafta, though DBRS sees the latter possibility as a receding risk.

DBRS also noted that fallout from a larger trade war could be negative for “economies focused on downstream activities, such as Mexico, particularly if protectionist measures affect the cost and availability of inputs."

“For example, China’s threat to restrict the export of rare earth metals or Japan’s decision to tighten export controls on certain chemicals to Korea could disrupt Mexico’s ability to produce electronics,” said the firm.

On the home front, wrote DBRS, “The direction of domestic policy under the AMLO administration could have a more durable impact on future GVC integration than the recent bout of US protectionism,” as the country must work to improve worker skills and training, become more competitive in network industries and strengthen its rule of law.

Funding hit a record high in Q1 and could reach US$4-5bn over the full-year as some lending platforms, like banks, are expected to experience credi...

The head of banking association ABM said govt plans to ramp up vaccinations give the industry reason to believe delinquency rates will normalize an...

Banorte among those signing up to Net-Zero Banking Alliance

The rising tide against greenwashing to anchor ESG credibility

What to watch at Mexico’s top 10 banks

How Mexico, Argentina and Brazil dropped the ball with China

Want to read more information about Trade war spells both risk and opportunity for Mexico?