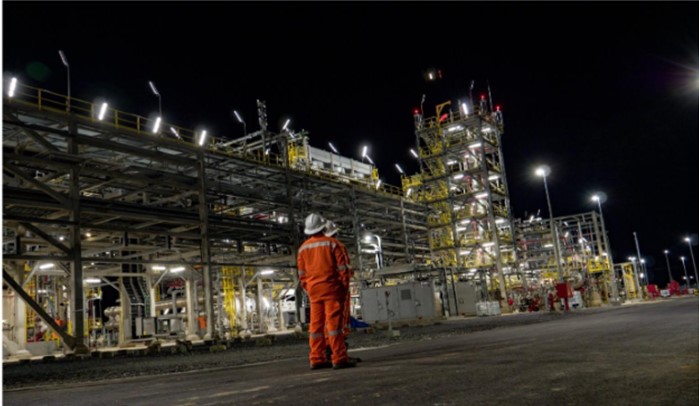 Finance minister Colm Imbert provided the information during his 2023 budget speech to lawmakers.

The official highlighted three energy-related projects, one of which is a US$1.5bn methanol to polyolefins facility proposed by local firm Alkene Development Company.

A third undertaking entails bunkering infrastructure for alternative marine fuels, namely methanol and LNG. A US$3.5mn phase would be implemented at Chaguaramas or Brighton, and a US$7-13mn second phase at Point Lisas or Port of Spain.

Imbert also pointed to the development of the US$124mn, 112MW Lara solar park and that talks are at an “advanced stage” with the consortium of Lightsource Renewable Global Development, Shell Trinidad and Tobago, and BP Alternative Energy Trinidad and Tobago. Construction could begin early next year.

To boost energy transition efforts, he said feed-in-tariff and renewable energy policies are being drafted, along with development of a green or blue hydrogen industry to supply petrochemical production.

In addition, a study is underway with Methanex to determine the feasibility of using methanol as an alternative fuel for marine and road transport.

And the budget proposal includes the temporary waiver of value added tax on new equipment for manufacturing companies that use renewable energy technologies.

Increasing the competitiveness of the upstream sector was another issue touched on by Imbert, particularly amendments to the supplemental petroleum tax (SPT) regime.

“We believe that these reduced rates of SPT for new oil production in the marine areas will allow companies to access the required financing to increase their drilling and get approval for new exploration and production programs thus increasing the production of much needed oil,” he stated.

The “change represents the first major adjustment for offshore oil producers. The changes will also help create greater investor interest in the on-going onshore bid round,” said the Energy Chamber of Trinidad and Tobago.

“We are also looking at adjustment of other oil and gas taxes and other innovative fiscal incentives to encourage new investment in the sector,” Imbert added.

The minister proposed an increase in the investment tax credit for energy companies to 30% from 25%.

He pinned hopes on projects being developed by BPTT, DeNovo Energy, EOG Resources, Shell and Touchstone Exploration, and that natural gas production in 2023 is forecast to average just under 3Bf3/d (85M3/d).

"We are forecasting growth of 3% in 2023 and 2024. This growth dynamic is supported by an expansion in the energy sector... with growth of 5% per year. The non-energy sector is also expected to grow over the same period by rates of 2% per year," according to Imbert.

As part of its 2023 budget plans, the finance ministry released a document detailing the investment program of state enterprises, including those in the energy sector.

In the case of the National Gas Company of Trinidad and Tobago, projects range from pipelines to a small-scale LNG hub.

Additional documents that feature energy-related initiatives as part of the country’s public investment programs are available at the following links: 2023 and 2023-25.

Status of Trinidad and Tobago energy infrastructure in aftermath of earthquake

Status of Trinidad and Tobago energy infrastructure in aftermath of earthquake

The number of respondents to a BNamericas survey who consider LNG projects too expensive dropped by nearly half between 2018 and 2017, as demand pr...