Uruguay finalizes details of the incentive plan for packaging recycling 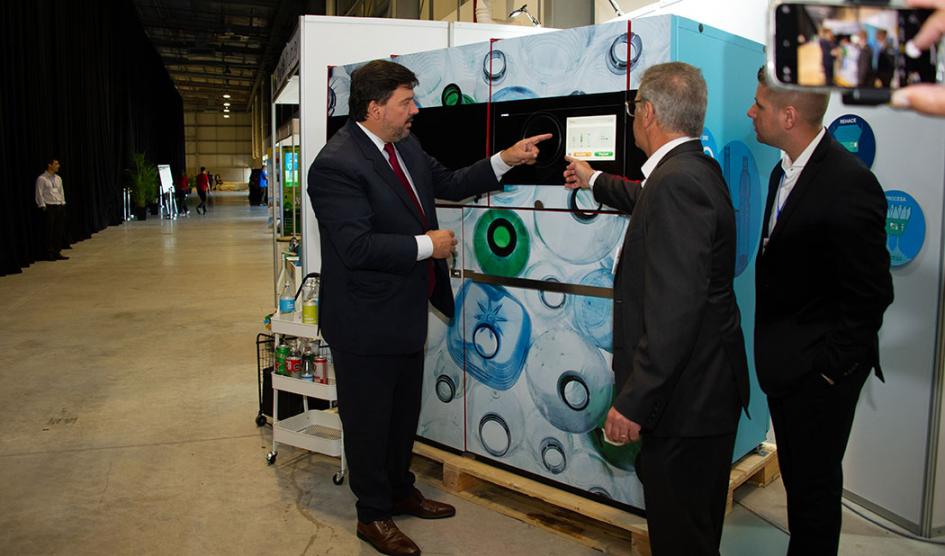 Communiqué of the Presidency of Uruguay

Within the framework of the first meeting of the Intergovernmental Negotiation Committee on Plastic Pollution, the Minister of the Environment , Adrián Peña, announced the implementation of the container deposit, return and reimbursement system, an incentive that will be offered to citizens to increase the refund of bottles, with the goal of recovering up to 50% of these containers in the year 2025.

At a press conference on Monday the 28th, Peña reported that the Uruguayan Chamber of Industry will present, this Thursday the 1st, its new Container Management Plan, which will provide an incentive for citizens to return the containers, allowing the recovery for later reuse. This action is part of the promotion, by the Government, of Law 19,829, which grants extended responsibility to the producer.

Peña indicated that currently the recovery of containers in the country totals around 4% and with only six departments adhering to the Container Management Plan, for which reason the ministry works to provide different financial instruments to companies that can carry out the operation recovery and achieve the proposed goals.

"Uruguay will be the first country in Latin America to implement the deposit, return and reimbursement system," he said, explaining that this implies the installation of machines throughout the country, in which cylindrical containers of polyethylene terephthalate (PET) will be deposited. ), aluminum cans, and tetrabrick format, among others. With each return, a ticket will be issued with the value of the container for its subsequent return to the consumer.

The ministry will control the implementation and execution, both of the general plan and of the system, and failure to comply with the goals proposed in the ministerial resolution may generate sanctions by the ministry, he said.

The US$13mn project in the city of Durazno was partially financed by the World Bank.

Fighting corruption: The hard graft ahead

Want to read more information about Uruguay finalizes details of the incentive plan for packaging recycling?