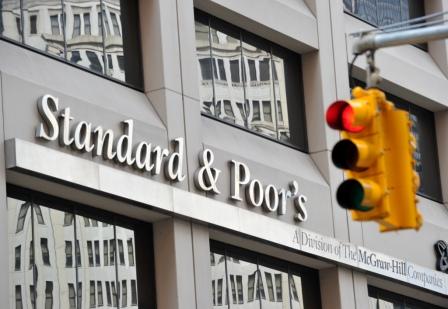 Uruguay has seen its sovereign debt rating affirmed at 'BBB' - investment grade level - by S&P, but its outlook has been revised to negative from stable, reflecting expectations that the economy could weaken by more than current expectations.

The negative outlook reflects that there is a greater than one-in-three likelihood that Uruguay will see its rating lowered in the next two years.

Annual inflation exceeded 10% at the beginning of 2016, above the 3-7% central bank target, the highest figure seen for 10 years.

The rating could be lowered "if economic growth disappoints beyond our current expectations, leading to lower per capita income, or if Uruguay's growth prospects deteriorate such that we expect its revenue base, policy flexibility, or debt burden to be weaker than our base-case scenario," the S&P release states.

The risk of a downgrade could increase if the fiscal adjustment measures currently under debate in Uruguay fail to be timely implemented or are insufficient to revert the fiscal deterioration, or if inflation continues to rise, eventually breaching 12%, it added.

The document was presented to system stakeholders this week.

The local fintech industry has already provided feedback on draft regulations – secondary legislation – drawn up by the central bank, BNamericas is...

Mercosur-EU agreement at risk of collapsing

Want to read more information about Uruguay's outlook revised to 'negative' by S&P?