US firm Pega gunning for Salesforce, IBM in LatAm 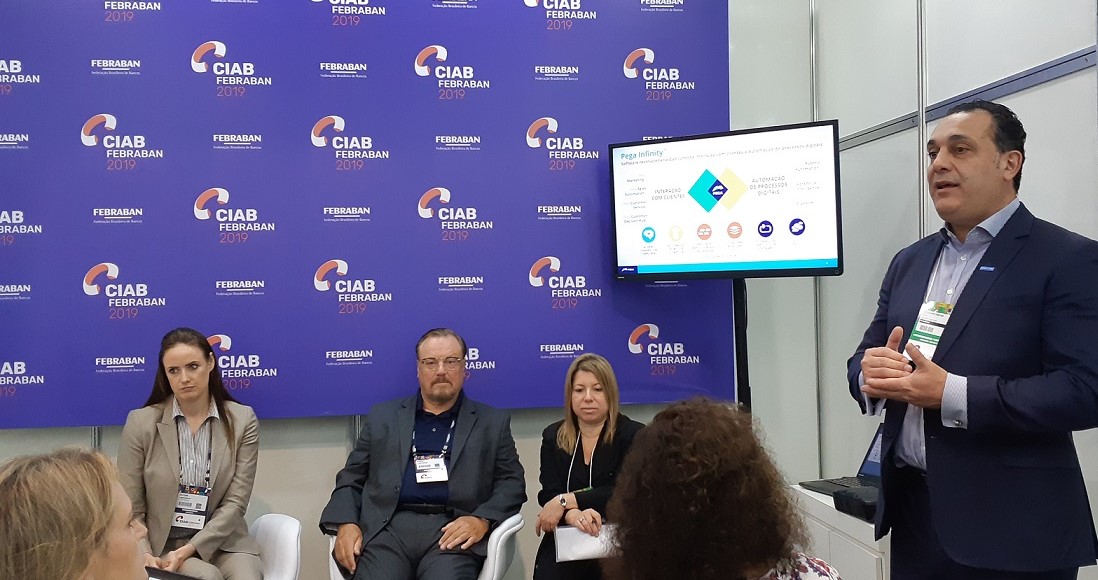 Founded 36 years ago, the Boston-based company claims to be present with its solutions in 38 countries and reports US$1bn in annual revenues.

The announcement of its Latin American launch was made at Ciab Febraban, Latin America’s largest financial technology event, taking place this week in São Paulo.

Pega has opened three offices to oversee its operations in the region with a Latin American hub in São Paulo and smaller offices in Mexico and in Argentina. Three verticals are being targeted: finance, telecom and insurance.

“We decided to enter Latin America three or four years ago, after our first sales. Since then we’ve been working on that. And Brazil being the major economy and consumer market in the region was our first stop,” Robert Spencer, Latin American VP and general manager said at a press conference.

The first sales in the region, in 2015, were made to Brazilian bank Bradesco and telecoms operator Oi.

Latin American operations have been structured into four units: Brazil, Mexico, the Caribbean and Southern Cone. The company also has a large office in London, a regional head office in Australia and a series of smaller offices around the world in places such as Singapore and Russia.

In Latin America, Pegasystems will be focusing initially on Brazil, where it launched its Pega Infinity CRM suite. The company sells its products indirectly via partners but is considering direct sales.

Investment figures were not disclosed, but Spencer said Pegasystems is investing “extensive amounts” in its Latin American operations and has had some “positive returns on investments.”

"The way we structured our four regions allows one the offset the other to better balance our revenue stream when things may not be so well," Spencer added.

The company is currently deploying the marketing package for the Infinity suite at a major Brazilian bank. A separate case, which is public, involves a back office transformation with Santander Brasil, said Brazil country manager Dagoberto Freitas.

Globally, Pega's workforce surpasses 5,000 people. In Latin America its staff comprises 25 professionals, 12 of whom are in Brazil, but the group is hiring more marketing and commercial people.

The company offers solutions as-a-service, hosted by default on the AWS cloud or on-premise, but customers can choose other public cloud providers if they prefer.

Asked about the challenges of entering a market with relatively few changes over the years, Spencer said:

“We are the same competitors to Salesforce, IBM and others, here and in North America. But our solutions are much more in-depth compared to those of our competitors. We have a fully integrated stack, which gives us competitive edge over the competition.”

The Chief of the Cabinet of Ministers of the Nation, Santiago Cafiero, the governor of Salta, Gustavo Sáenz and the president of ARSAT, Pablo Togne...

ICE plans to save ₡ 14,680 million as a result of the Roadmap for financial sustainability

• Renegotiations of technology contracts contribute ₡ 14,628 million. • Reduction in the budget of the Electricity sector adds ₡ 52 million. • In a...

Want to read more information about US firm Pega gunning for Salesforce, IBM in LatAm?