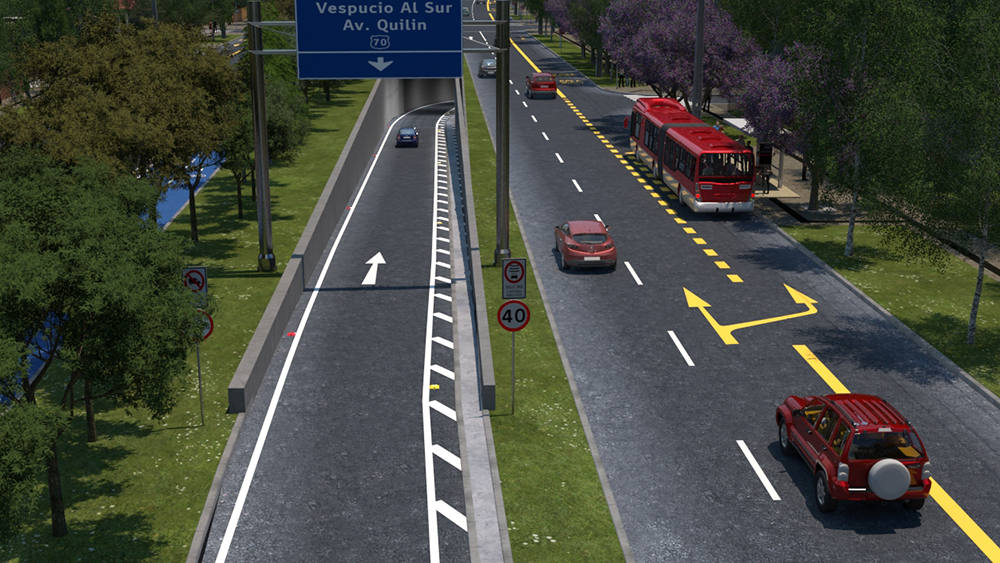 Expropriations and budget updates are the next items on the 'to-do' list for the concessionaire of Chile’s AVO II (US$753mn) underground expressway in Santiago, following an environmental assessment that took over two years to complete.

“These large projects take a long time for environmental review. Over the last few years especially, there has been increased pressure to develop projects that are friendlier to residents and environmentally sustainable,” AVO II’s technical director Luis Uribe said during a webcast to present the project.

He added that the process entailed extensive talks with both citizen representatives and State actors such as the transport ministry (MTT), and highlighted that the environmental approval given by authorities was unanimous.

Now concessionaire Sociedad Concesionaria Américo Vespucio Oriente II, a subsidiary of Grupo Costanera, is sorting out land expropriations for the main access roads, which will serve as the entry points to begin construction of the urban highway.

Without those, works cannot be launched. After that, construction is expected to take between 54 and 60 months, Uribe said.

He also mentioned that the budget for the project is being updated to account for recent cost increases due to inflation.

“[The contractors] aren’t fully defined yet. We are working on everything related to updating the budget since, as everyone knows material costs have seen significant increases,” he said.

Earlier this month, the public works ministry (MOP) announced that it would adjust the budgets of public works contracts that have been affected by supply price increases.

This is estimated to cost US$350mn and authorities believe it could affect more than 1,400 existing contracts.

The executive made these comments during a presentation of the project organized by the country’s tunnels and subterranean spaces committee (CTES), an entity including private and public sector representatives responsible for such works.

AVO II entails a 5.2km underground highway linking Santiago’s La Reina, Peñalolén, Ñuñoa and Macul districts. Works are expected to begin during the first half of 2023, nearly six years after the contract was originally awarded.

The expressway will also link to AVO I, built by another concessionaire and completed earlier this year.

The Santiago-Batuco line received authorization to carry out the execution stage for next year, with some US$13mn allocated for civil works.

The US$11mn contract entails upgrading 12km between the intersection with route 126 and the Marimaura bridge in San Javier municipality.