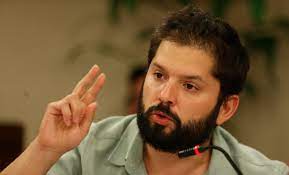 Climate change is one of the main focuses of infrastructure spending in the government program of left-wing Chilean presidential candidate Gabriel Boric, who has emphasized the need to invest in mitigation and adaptation measures, and water security in particular.

While the official program, unveiled over the weekend and less than a month before the November 21 election, does not mention specific projects, it does state that a Boric administration would establish a sovereign fund for climate change adaptation, which would be funded with mining royalties.

This fund would be used to cover future expenses, which include channelling the equivalent of 0.9% of GDP (around US$700mn) to water infrastructure until 2030.

The program also outlines a reservoir management plan focused on water for human consumption, although it does not state whether this includes projects included in the current government’s US$6bn reservoir plan, which is aimed mainly at agriculture.

On that subject, Boric claims that he would reorientate irrigation infrastructure projects towards smaller producers.

One of Chile’s main climate change commitments is to reach net zero carbon emissions by 2050. Actions taken in this regard include a mayor push in electromobility, a pledge to close coal-fired power plants by 2025 and the launch of a national green hydrogen strategy.

Boric proposes to install 500MW of electricity generated from non-conventional renewable energies and also states that his government will bring forward decarbonization goals and keep pushing ahead with the green hydrogen strategy, while also making some adjustments to the latter.

“We want to become green hydrogen producers and exporters,” the program states.

On Monday evening, during a debate hosted by Universidad de Chile, Boric said that he also planned to phase out tax exemptions for diesel, saying that this has given truck drivers excessive influence in the country.

To counter Chile’s reliance on road transportation, the rail system must be expanded, he added.

Boric, currently a lawmaker representing the Magallanes region of southern Chile, is expected to face a run-off vote on December 19, with polls predicting that his opponent will be far-right candidate José Antonio Kast.

The candidate’s campaign staff did not respond to questions submitted by BNamericas on the program by press time.

Chile and Uruguay are betting heavily on electromobility, while Argentina is taking advantage of its gas resources to promote natural gas-powered v...