Why MercadoLibre could be in Alibaba's sights 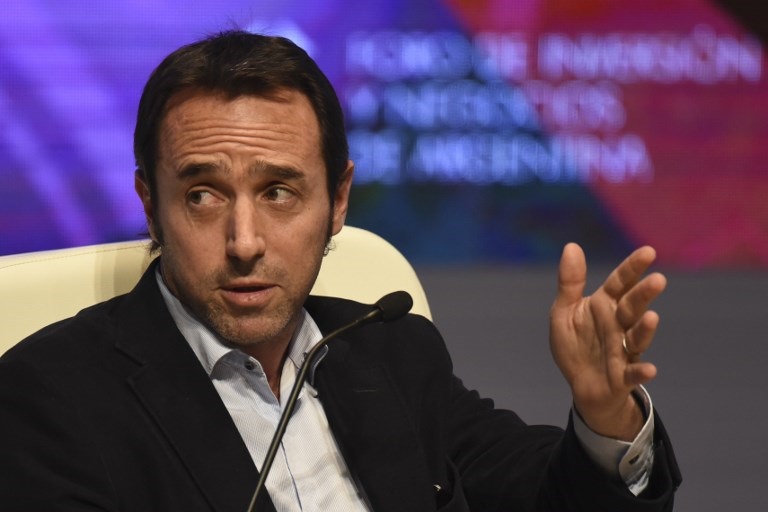 MercadoLibre, Latin America's leading e-commerce platform, could be in the sights of Alibaba. The stock of the Buenos Aires-based online auction site for Spanish- and Portuguese-speaking communities is down nearly 20% from its 52-week high, making it an opportune time for a takeover, several market observers have noted. The company faces challenges to maintain margins following the launch of free shipping promotions and ongoing weakness in Mexico and Brazil, according to a recent JPMorgan Chase & Co report.

MercadoLibre and Alibaba executives could not be reached for comment.

Often referred to as 'the Amazon of Latin America,' MercadoLibre attracted investment from another e-commerce giant, eBay, in 2001. The auction site held its stake for 15 years, making a tidy return when it sold its shares in October 2016, only to watch MercadoLibre's shares continue to appreciate.

Alibaba founder Jack Ma has been making official state visits in the region, traveling to Argentina and Mexico in recent months, fueling speculation about his underlying business agenda and spawning chatter of an imminent bid for Latin America's undisputed e-commerce leader.

Should Alibaba clinch MercadoLibre, it would roll out the mobile payments and mobile commerce strategy it has so successfully leveraged to reach tech savvy consumers across Asia. Its mobile payments platform, Alipay, will find fertile ground in Latin America, where the demographic chart is heavily weighted towards the under 35 bracket. Alipay's capacity to deploy quickly in Latin America will require a regional banking backbone, which could prompt Alipay operator Ant Financial Services Group to look at mobile banking targets in the region on the heels of its bid for the world's number two-remittance company, MoneyGram.

A deal in the mobile payments space would support Alibaba's e-commerce ambitions in the region given the shift towards mobile consumption already underway in Latin America, where smart phone penetration continues to grow unabated. One of the region's mobile banking pioneers is Yellowpepper, a Miami-based start-up that has been busy entering new Latin American markets and rolling out its technology in its quest to disrupt traditional means of payment.

Alipay would likely face competition in a bid for YellowPepper given a recent spate of deals that position the company as a leading provider of mobile banking and mobile payments solutions across the region. In July, YellowPepper struck a deal with Visa aimed at accelerating the adoption of new payment solutions in Latin America and the Caribbean. Visa will leverage YellowPepper's expertise in UX design and development and with the delivery of mobiles apps.

Other YellowPepper partners include Mastercard and FIS. The company has rolled out its mobile banking platform in Mexico, Colombia and Ecuador and is eyeing new markets for entry. It has raised over US$40mn, most recently attracting investment from Marko Dimitrijevic's Volta Global.

MercadoLibre's own payment platform, MercadoPago, is a critical part of the company's growth strategy, as noted by founder and CEO Marcos Galperín in a recent interview shared by the company. MercadoPago is well positioned to play a large role in the mobile payments field simply because it can leverage MercadoLibre to reach millions of people, Galperín said. MercadoLibre is keen to explore M&A opportunities to enhance its payments capabilities, meanwhile, SVP Stelleo Tolda told TTR in a recent interview.

More than 15,000 companies join the MIPYME Digitization Plan in Honduras for free

The Government of President Juan Orlando Hernández, the Organization of American States (OAS) and Kolau Marketing have made 15,000 free licenses av...

With the arrival of Oi offering fiber in Brazil's richest and most populos state, competition with established players such as Telefônica Brasil wi...

The challenges on the way to 5G

‘The focus is to expand our clean energy generation portfolio’

Want to read more information about Why MercadoLibre could be in Alibaba's sights?