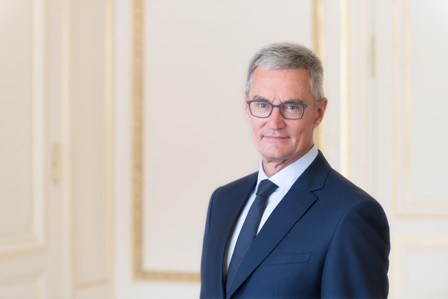 By Didier Saint-Georges, managing director and member of the strategic investment committee, Carmignac.

Responding from an investment standpoint to the coronavirus outbreak may seem both inappropriate (this being first and foremost a public health issue) and presumptuous (as investors aren’t epidemiologists). And yet the question can’t be dodged. Just about everyone is already busy drawing parallels with the 2002–2003 crisis set off by SARS, presumably a close relative of the current virus, and concluding that in addition to a medical problem, we are also confronted with a major economic challenge – as well as a serious conundrum for investors. As it turns out, however, the comparison may well be misleading, given how utterly different the situation was 17 years ago. First of all, the SARS epidemic has indeed happened. This has enabled public health authorities the world over, and most notably in China, to move swiftly up the relevant learning curve. Moreover, as a number of observers were quick to point out, China has an incomparably larger economy today, it plays a much greater role in world trade, consumer spending has become a key contributor to national GDP and there is considerably more geographic mobility within the country than in 2003. All these symptoms of whirlwind development highlight the radical change of scale that has occurred since then and vastly magnify the implications of a novel coronavirus for the entire world. Last but not least, information gets disseminated much faster today – with extra help from social networks – meaning that the coronavirus outbreak is well on the way to being perceived as a major crisis.

The initial urge among investors to run for cover is not due to uncertainty, but to the fact that it can’t be quantified.

Uncertainty is second nature to investors. The oft-repeated claim that “markets dislike uncertainty” is the height of stupidity. Uncertainty forms the very fabric of financial markets, whose participants constantly make projections on what is necessarily an uncertain future. (By definition, any certainty investors have is already reflected in market prices and therefore belongs to the past from their point of view.) What markets “dislike” is unmeasurable risk – that is, any risk that in specific conditions could take on an entirely different scope and thus defy hedging strategies. Imagine two countries with highly fraught relations that engage in escalation and play chicken to the point that they find themselves one day at war. (Needless to say, the example will work just as well with the word “trade” preceding the words “relations” and “war”.) Likewise, the Brexit negotiations could have easily and quite suddenly triggered a disastrous break. That, in a nutshell, is the kind of problem posed by the start of an epidemic. The chance – however slight – that it may develop into a global pandemic stands in the way of reliable risk assessment. For example, roughly 5mn people – whose possible contagiousness remains an unknown – left Wuhan before the city was quarantined, thus making any future impact of the illness unquantifiable. Nor can we take much comfort in the thought that the SARS epidemic in 2003 claimed infinitely fewer lives worldwide than the average winter flu. The sense that the worst-case outcome is improbable but nonetheless conceivable is being compounded by the emotionally laden image of creeping contagion. Hence the intense media coverage and the wary attitude adopted by most people – investors included.

The powerful stock-market rally that kicked off last summer was fueled by the conjunction of three key factors that have historically boosted equities. To begin with, the second half of 2019 saw the first tentative signals of stabilization in Chinese and European GDP growth rates. Furthermore, central banks, with the US Federal Reserve leading the way, reverted to openly expansionary monetary policies that included ultra-low target rates and a return to quantitative easing. Lastly, investor sentiment was buoyed in particular by a halt (however temporary) in the protectionist escalation pitting the US against China. An offshoot of this more placid psychological climate was that bookies raised the odds of re-election for Donald Trump, who is perceived to be an objective ally of the stock market. This triad of factors – the real economy, liquidity and confidence – thus acquired additional strength. That explains why global equity markets have been on such a roll since last September. By definition, the resulting momentum has left current valuations vulnerable to any weakening in our triad. For the time being, liquidity has lost none of its potency as a driver of rising equity prices, thus providing a major counterweight to any massive market correction. Conversely, the latest coronavirus has seriously dented investor sentiment. And that sentiment could be undermined further by the [just concluded] US impeachment trial. Though there can be little doubt about the verdict, live TV coverage of a long list of well-argued rebukes to President Trump may well tarnish the Republican candidate’s image among floating voters. At the same time, Bernie Sanders seems to have increasingly good prospects of winning the Democratic Party race, and his popularity in the crucial swing states could put Trump in an uncomfortable position. That leaves our last driver of the market rally – economic growth. And here, the bitter truth is that the more effectively Beijing moves to quarantine millions of citizens in order to keep the virus from spreading (whereas it did too little too late in 2003), the greater the danger that Chinese economic activity will buckle in the short term – the price to be paid for a faster return to normal. The trade-off will be between how severe the slowdown is and how long it drags on.

This means that equity investors shouldn’t primarily be concerned with how to react to daily news feeds on the spread of the epidemic. They should be concerned with what to make of a complex situation that is likely to weaken two of the three market performance drivers, at least temporarily. A rational response would look something like this: take advantage of any retreat in equity prices to add stocks that are little vulnerable to the global business cycle, and take profits elsewhere in order to play it safe.

The content is the author's full responsibility and does not necessarily reflect the opinion of BNamericas. We invite those interested to participate as a Guest Columnist to send an article for possible inclusion. To do this, contact the editor at banking@bnamericas.com.

The datacenter company, just acquired by US group Aligned Data Centers, is developing a wind project in Brazil’s northeast for the self-supply of i...

Want to read more information about How to think about the coronavirus from an investor’s perspective?